Posted on January 5, 2017 by Westwind Weekly 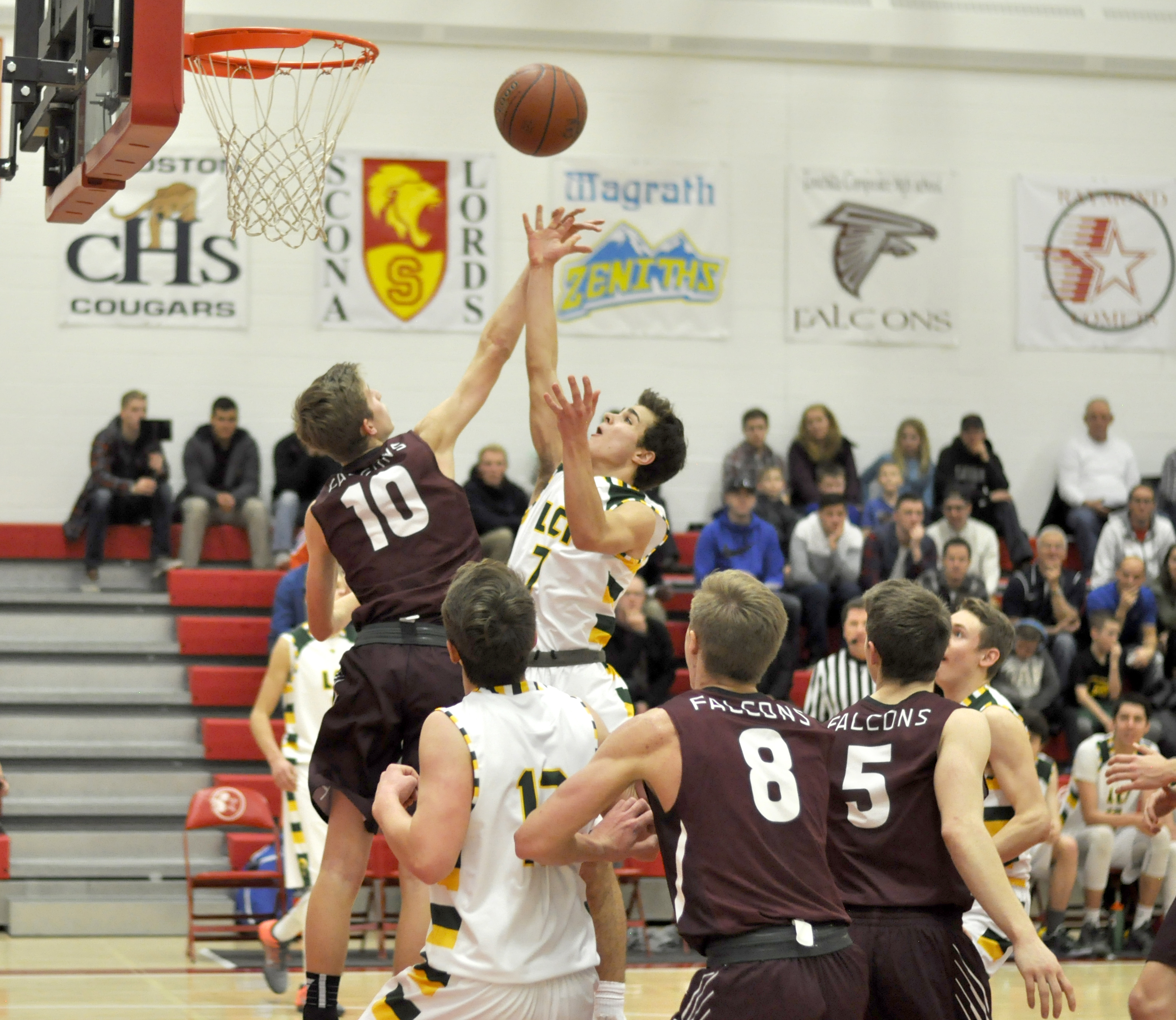 If the 50th annual Raymond Sugar Bowl is any indication, southern Alberta will be in the thick of things at the Alberta Schools Athletic Association 4A Boys Provincial Basketball Championship in Lethbridge in March.
All four Southern Alberta 4A Boys Basketball League entries in the Sugar Bowl advanced to the championship side of the tournament with the Cardston Cougars eventually emerging with the championship after a 73-61 victory over the Magrath Zeniths on Tuesday, Dec. 27, in the evening in Raymond.
Max Russell led all scorers with 25 points for the Cougars while Austin Merrill added 12. Taylor Cook topped the Zeniths with 23 points, followed by Sam Payne with 11.
Cardston advanced to the final with a 106-87 win over the LCI Rams as Russell scored 22 points while Merrill and Charlie Powell added 20 and 18 respectively. Tanner McLachlan scored 24 points in a losing cause and John Evans added 15.
Zeniths defeated the host Raymond Comets 80-75 in the other semi as Payne hit for 24 points and Brady Tollestrup and Cook added 16 and 15 respectively. Chase Bohne replied with 19 for Raymond and Boomer Heggie added 18.
In the third-place game, the Comets edged the Rams 93-88 as Brock Dewsbery hit for 28 points, followed by Bohne and Spencer Roberts with 23 and 19 points respectively. Jordan Jacobs replied with 22 points for the Rams while McLachlan and Evans added 19 apiece.
In the consolation final, Ross Sheppard outlasted Harry Ainlay 95-90 in battle of Edmonton teams.
Ainlay advanced to the consolation final with a 103-57 win over Edmonton Strathcona Lords while Shep held off Okotoks Foothills Composite 58-53.