PPW Takes a walk on the Wildside 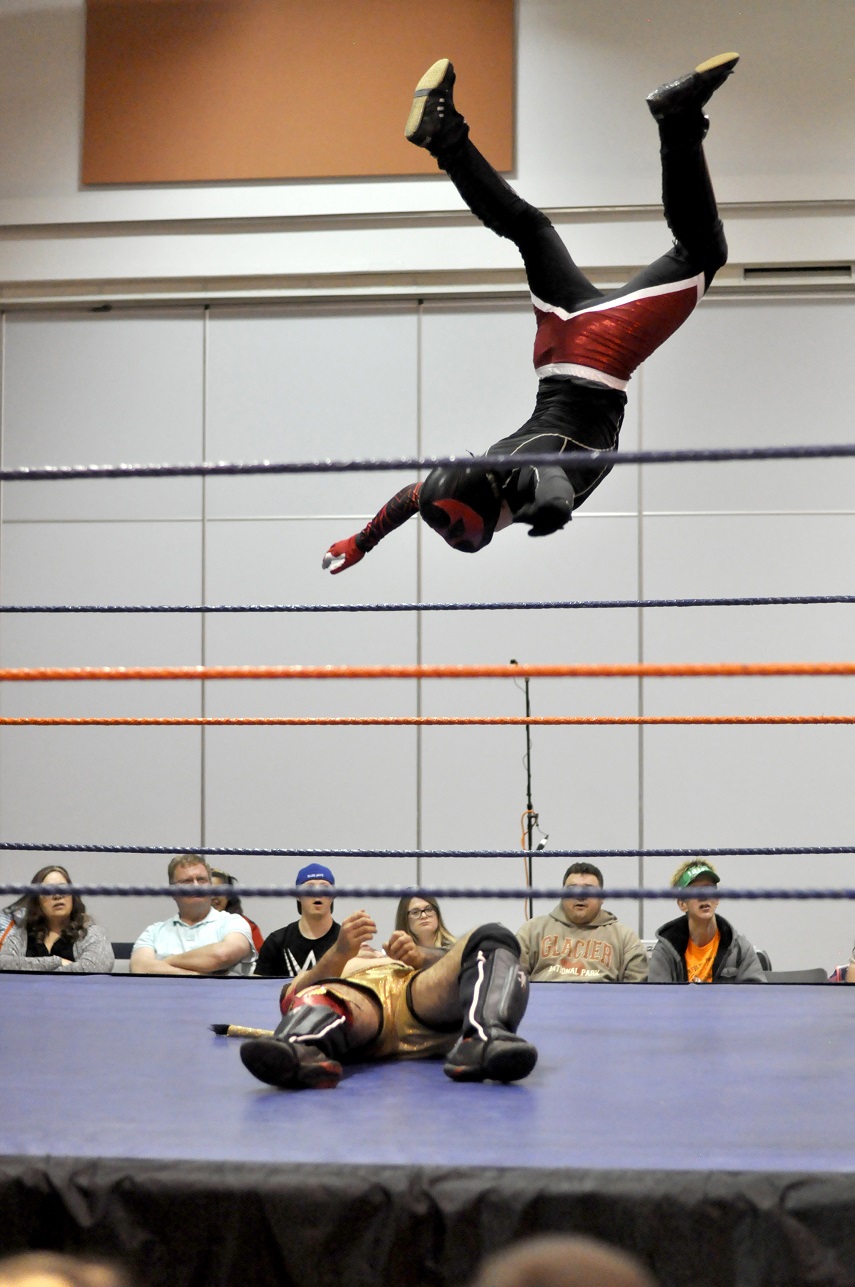 With recent successes in both singles and tag team matches behind them, Adult Social Society is looking at literally their biggest challenge yet.

This Saturday at Pure Power Wrestling’s Wildside event, the Society, made up of “Cougar Meat” Kyle Sebastian and Raymond’s own “The Big Sexy Beast” Bradley Graham, will square off against  a team of two champions – PPW Heavyweight Champion “The Tattooed Terminator” Massive Damage and Monster Pro Wrestling Champion The Irishman.

With a disqualification victory of MPW Tag Team Champions “The Real Deal” Sydney Steele and “Wild Child” Tyler James in the record books, the Society is looking to cement itself as one of the top teams in Western Canada.

For the Irishman, he will have to do battle while watching out for Chris Perish.

Last month, Perish laid a beat down on Irish with his own Shillelagh. Irish was the subjected to another attack at the hands of Perish during a television interview.

“I’ve got a match, but I’m going to get my hands on Perish one way or another,” said Irishman. “He’s going to be lucky if he walks out of Lethbridge under his own power.”

At January’s Gauntlet for the Gold event, Travis “The Heat” Copeland made his return to professional wrestling for the first time in more than seven.

Copeland proved too much for Cruiserweight Champion Cyanide and his manager, “Blackheart”  Vinnie Valentine, as the pair walked out on the match and allowed Copeland to score a countout victory.

Saturday, Copeland will have an opportunity to earn his place on the PPW roster by going one-on-one once again with Cyanide.

Valentine, who speaks for Cyanide in all things, said his client has other plans.

“My client will make sure that not only does Travis Copeland not earn a spot on the roster, but that he’s never seen in pro wrestling again,” said Valentine. “Go back home and sit on your couch for seven more years.”

“This is my one shot,” said Copeland. “I’m going to get into the ring and I’m going to fly. I’ll go higher than I’ve ever gone and at the end of the night I’ll have my spot on the roster.

“Then I’m coming for your belt, Cyanide.”

Also featured on the card, “The Real Deal” Sydney Steele will clash in singles action with “The All-American” Steve Rivers.

Wildside will be held at the Fritz Sick Memorial Centre this Saturday.

Doors open at 6:30 p.m. Tickets are available at King of Trade and online at purepowerwrestling.ca.