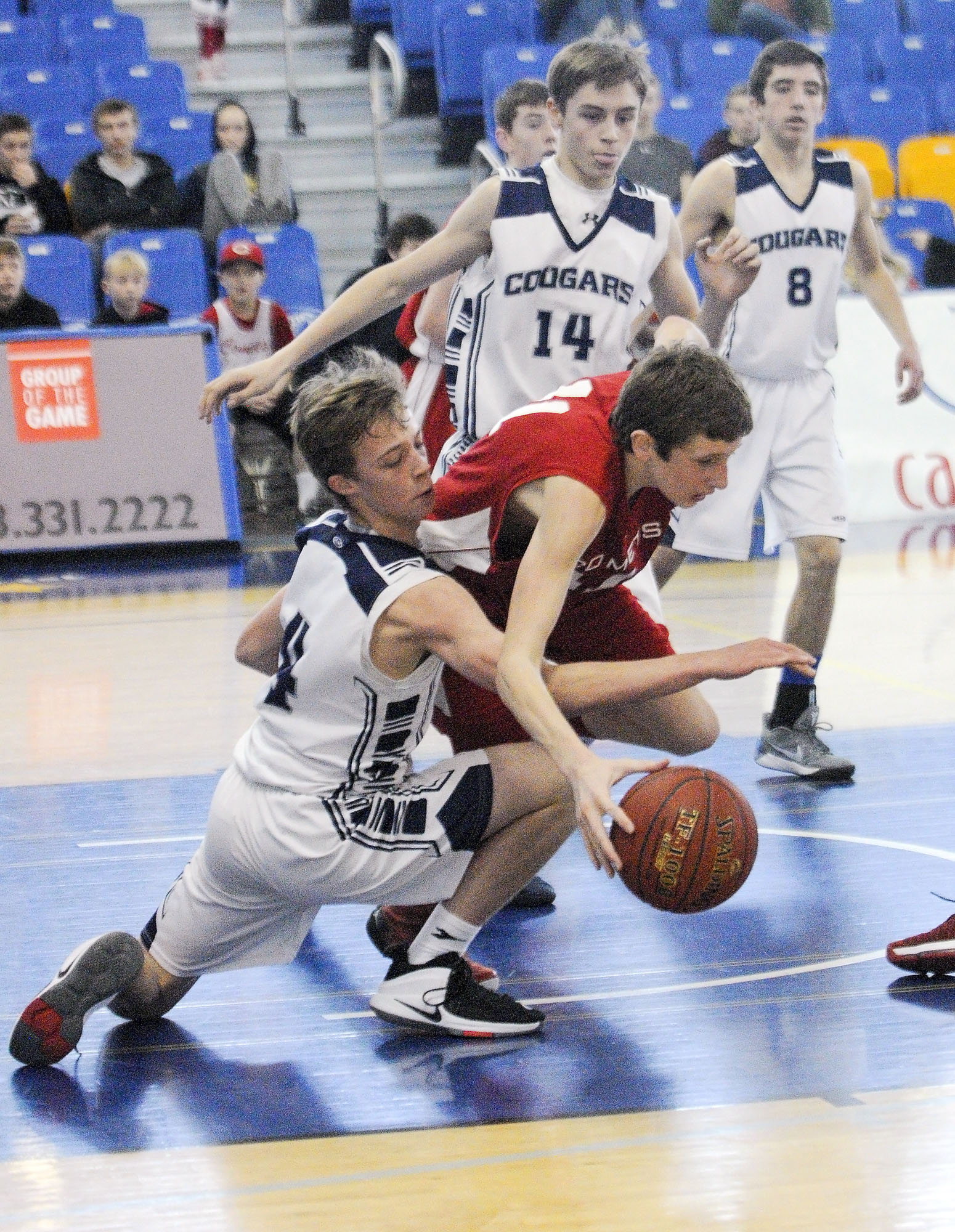 It was a weekend full of silver linings for Raymond basketball.

Both Comets squads had to settle for silver in their respective 4A south zone championship games, as the boys fell 96-88 to Magrath and the girls were defeated 71-68 by the LCI Clippers.

Both teams have qualified for their respective 4A provincial tournaments, which will be hosted in Lethbridge and surrounding areas, starting Thursday.

In the boys game, a tie game at the half swung in Magrath’s favour in the last two quarters, despite the efforts of Chase Bohne and Boomer Heggie, who scored 28 and 27 points respectively for Raymond. Brock Dewsbery added 23 for the Comets.

“The boys had a good run,” said head coach Todd Heggie. “I thought we played well and had some competitive games. The Magrath game obviously did not have the outcome we were looking for but I was happy the way our kids competed.”

It was a tough game for the Comets, both on the scoreboard and in terms of the physical toll it took on the team.

“We had a couple of injuries during that game that we are working on and hoping to get kids back for the first game of provincials,” said Heggie.

Raymond opened the 4A zones with a 109-82 win over Winston Churchill, and followed that up with a tight 108-105 win in the semifinals over Medicine Hat.

Raymond is ranked sixth in provincials, and will take on Sir Winston Churchill in the first round. That game will be played in Raymond on Thursday at 7 p.m. A win will put the Comets in the Friday game at 1 p.m. at LCI, against the winner of the Lester B. Pearson/Lacombe game. The championship game is Saturday at 8 p.m. at the U of L.

“The provincial draw is a tough one for all the south teams but you expect that once you get to this point of the season,” said Heggie. “When you gather all the top teams, there are no easy games.”

The coach added his Comets will be ready to make some noise this weekend.

“We will have to bring our best effort every night if we want to advance. It will be a great opportunity for the south fans to see some great basketball this weekend. I feel that the south boys bracket is sending four teams that all have a chance to make some waves this week. At the end of the week, I think you will have to not only be playing good basketball but stay healthy and get a break or two along the way. We are loaded with a group of Grade 12s this year that are hungry to get back at it and see what we can do.”

The girls 4A zone title game saw the Comets race out to a 35-30 lead at the half, only to see that advantage evaporate in the second half. Dez Jensen scored 17 for Raymond, while Lyvia Jensen and Teyah Weir added 11 each.

Raymond defeated Cardston by a score of 78-53 to advance to the final.

The Comets begin provincials Thursday, with a 5 p.m. game in Raymond against Spruce Grove. Raymond enters play as the No. 6 seed, while Spruce Grove is ranked 11th. A win in the opener would put Raymond in the Friday 11 a.m. game at Catholic Central West, against the winner of Western/Lindsay Thurber.

The 4A provincial championship game goes Saturday at 6 p.m. at the U of L.

Raymond also came up short in the JV championship game, as the Comets were defeated 103-69 by Cardston. Parker Graves had 27 points for Raymond, and Tanner Salmon added 16.

Raymond advanced to the final with a 98-86 win in the quarters over Winston Churchill, and an 81-77 semifinal victory over LCI.

Raymond’s JV girls fell in the semifinal to Cardston, by a score of 69-47. The Comets defeated W.R. Myers 59-54 in the quarters.