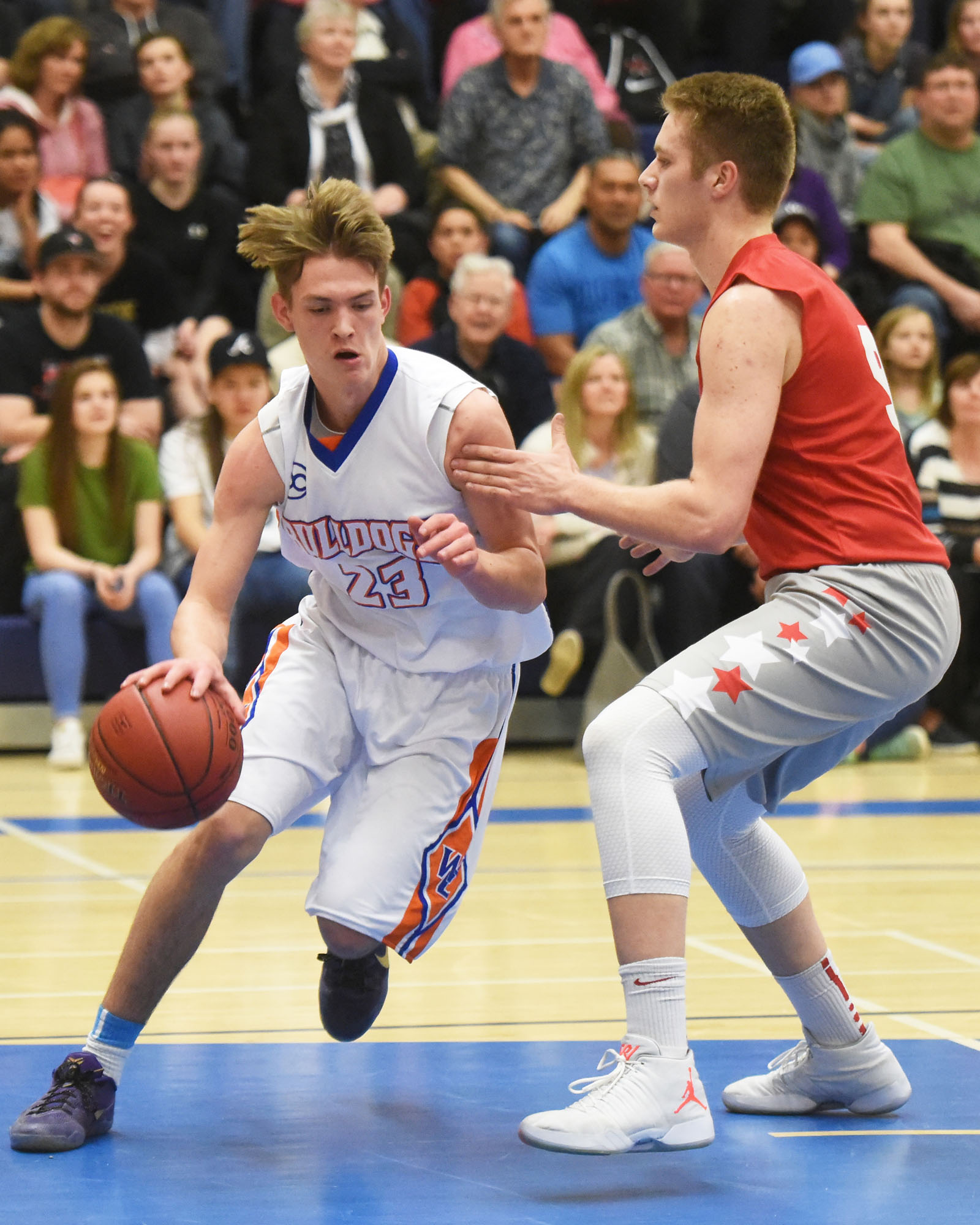 Maitlynn Miller of CCH replied with 15 points for Team Light, followed by Jocelyn Neilson of LCI with 11 points and 10 each from Dez Jensen of Raymond and Jessica Zarowny of LCI.

In the 4A boys game, Team Dark, coached by Todd Heggie of Raymond, outlasted Team White, coached by Kevin McBeath of Winston Churchill, 110-98.

Paycen Blackmore of Magrath topped Dark with 22 points and Chase Bohne of Raymond added 20. Also hitting double figures were Spencer Roberts of Raymond and Taylor Cook of Magrath with 18 apiece and Brock Dewsbery of Raymond with 10.

Matt Manas of Medicine Hat led Light with 23 points, followed by Tanner McLachlan of LCI with 17 and Isaac Greenwood of Churchill and Jordan Jacobs of LCI with 16 and 14 respectively.

Following are the all-star teams: