PPW ready to Set it Off 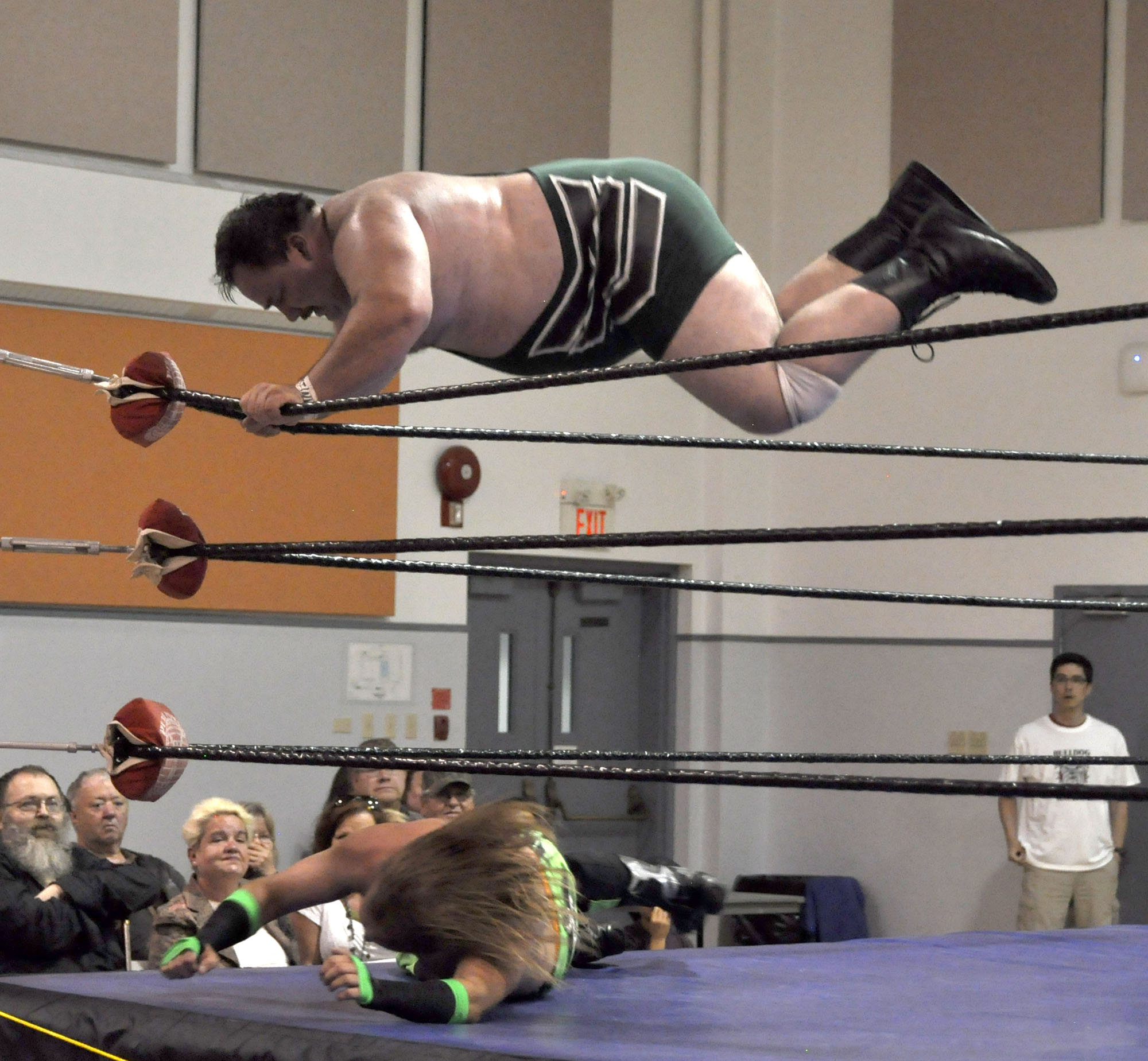 “The Tattooed Terminator” Massive Damage has been the Pure Power Wrestling heavyweight champion for more than a year.

For more than 380 days, he has been a fighting champion taking on all comers. He has even gone to war with a PPW ref and management, when he felt it was needed.

This Saturday, at PPW’s Set it Off in the Fritz Sick Centre, He’s going to take on his biggest – and sexiest – challenge yet.

“The Big Sexy Beast” Bradley Graham may be coming off a loss to the cruiserweight champion last month, but this month, he’s set to meet Damage in the Main Event.

Graham has held the heavyweight title twice in  his career, but with the creation of the Adult Social Society, his focus has been mostly on chasing tag team glory and acting as the muscle for fellow A.S.S. member “Cougar Meat” Kyle Sebastian – and his numerous plots and schemes. It has been two years since Graham has been in the running for the heavyweight title.

“That giant ape wants to steal my belt?” asked Damage. “That’s fine, I’ll chop him down to size just like I’ve done to everyone else.

“Bradley Graham, you’re dreaming if you think you’re the next PPW Champion. And I’ve got news for you. The dream is over. The nightmare is about to begin.”

Things heated up between the two heavyweights after Graham made his intentions known last month by stealing the title while Damage was busy in the ring trying to shave Kato’s head.

“I wanted the belt, so it took it,” said Graham. “I take what I want, and when you’re my size, nobody can stop you.

Another big match for the evening will see a return to the ring for PPW commissioner Bulldog MacBain as he teams up with Cruiserweight Champion Travis “The Heat” Copeland against Cyanide and his manager, “The Black Heart” Vinnie Valentine.

Valentine and MacBain have had an issue with each other going back to before MacBain became commissioner. The issue came to a head last month when Valentine gave Cyanide a megaphone that the masked menace then used to KO “The Real Deal” Sydney Steele.

Following the match, Cyanide assaulted Steele with a ladder. And when Copeland came to Steele’s aid, he, too, fell to the combined assault of Valentine and Cyanide. It was at that point MacBain decided he had seen enough.

“Valentine can’t keep his nose out of Cyanide’s business,” said MacBain. “So I’m giving him what he wants. He wants to get involved in matches? Now he’s involved. But now he’s involved with a snarling, angry dog.”

“I’m not a wrestler!” said Valentine. “I shouldn’t be in the ring in a tag team match.

In the undercard, fan favourite Jumpin’ Josh will be back in action to take on Chris Perish. Josh showed signs of brilliance in what was ultimately a bully beat-down at the hands of Sebastian last month. Fans will be looking to see if he can learn from that match and take the fight to Perish.

Also featured on the card will be Sebastian, The Irishman, Kato, “Headline” Shaun Martens, and more.

Set It Off takes place at the Fritz Sick Memorial Centre this Saturday.

Doors open at 6:30 p.m. Tickets are available at King of Trade and online at purepowerwrestling.ca.