Mavs down Bulls in five games 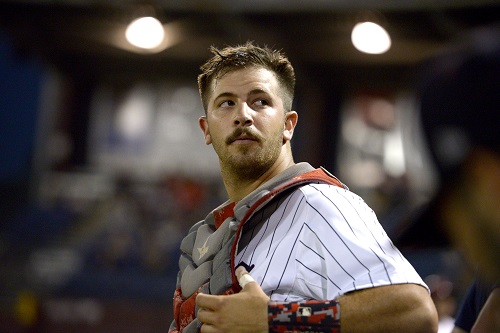 The Lethbridge Bulls post season charge has been halted in the first round.

Facing the Medicine Hat Mavericks in Game 5 of the team’s opening round Western Major Baseball League series Saturday night at Spitz Stadium, the Bulls were topped 4-1 in the deciding game for a 3-2 series loss.

In Saturday’s winner-take-all showdown, Lethbridge product and Prairie Baseball Academy alumni Jared Libke tossed a gem for the Mavericks, carrying a no-hitter into the seventh inning as Medicine Hat rode a four-run second inning to victory and will now face the Edmonton Prospects – who upset the Okotoks Dawgs 3-1 in Game 5 Saturday – in the second round.

“It’s definitely disappointing, it’s not the outcome we wanted,” said Bulls head coach Jesse Sawyer. “Gotta give him (Libke) credit, he threw a hell of a game. It sucks. He’s a Lethbridge boy and a PBA boy and he did a great job tonight. We just didn’t have the answers. It was one of those nights.”

After a scoreless first inning, the Mavs counted for four runs in the second inning for all the offence they would need.

Meanwhile, Libke rendered Lethbridge hitless until Bulls catcher Carter Witbeck broke up the no-hit bid with a two-out single to right field in the seventh.

The Bulls managed a bit of a threat in the fourth inning when Alex Bishop drew a two-out walk and Dylan Flasch reached first on an error to shortstop, but Libke fanned Witbeck to end the inning.

He worked through two more hitless innings until Witbeck ended the bid in the seventh.

With Brady Tedesco coming on to work the ninth for the Mavericks, the Bulls made a final push with back-to-back walks to Brett Semeniuk and Ryan Pouwells.

Bishop moved both runners up 90 feet with a groundout to first and Semeniuk scored on a sacrfice fly from Flasch, but Tedesco got Witbeck to ground out to third to end the game.

Libke gave up the one hit, walked four and struck out six.

“I felt good,” said Libke. “Obviously the defence behind me helps. Being able to get 96 pitches through eight innings, I wasn’t striking guys out. The defence was really good out there.”

Libke pitched 10 innings in Game 1 on Tuesday night before the Bulls walked him off in extra innings for the series-opening win.

The local pitcher knows a thing or two about the storied Bulls/Mavericks rivalry.

“Up and down,” said Libke. “Every time we play these guys it’s a battle. It’s never really a blow out. There’s just so much emotion going into every game. You feel drained.”

Drained or not, Mavericks head coach Michael Thompson tipped his hat to his starter.

“It just took a fantastic performance from Jared, coming off the short rest,” said Thompson. “We always joke that he has a rubber arm and he can throw every day, as many pitches as he wants. Tonight, he was masterful on the mound. He did a fantastic job. It was a great job by the Bulls, they gave us a run for our money all five games. It was always eventful every inning, pins and needleds. The stress from this series was insurmountable, but you can’t say enough about what Jared did for us. He really set the tone and carried a no-hitter into the seventh.”

And when Mavs needed to back up their pitcher, they delivered.

“That’s a big part of it,” said Thompson.

“Any time a guy has a no-hitter going it’s not because he’s striking everybody, it’s because the defence is making some good plays behind him. Our defence played really well this series and stepped it up. Our offence has kind of carried us all year, but today and in this whole series it was pitching and defence, which was incredible to see because we hadn’t had that all year.”

Liam Sabiston took the loss for the Bulls, going six and one-third innings, allowing four runs on five hits, walking three and striking out two before Hunter Cunningham came in the rest of the way, striking out five over two and two-thirds innings.

Bishop reflected on the past five days of back-and-forth playoff ball.

“You just have to look back (and say) it was a hell of a series,” said Bishop. “Everybody played their best baseball and I really don’t think you could have had better games for the five. You just have to be proud of that.”

Lethbridge forced Game 5 in dramatic fashion Friday night, getting home runs from Nolan Handley and Semeniuk in the eighth inning to rally for a 3-2 win.

Semeniuk said his players never quit, a trait they showed all season.