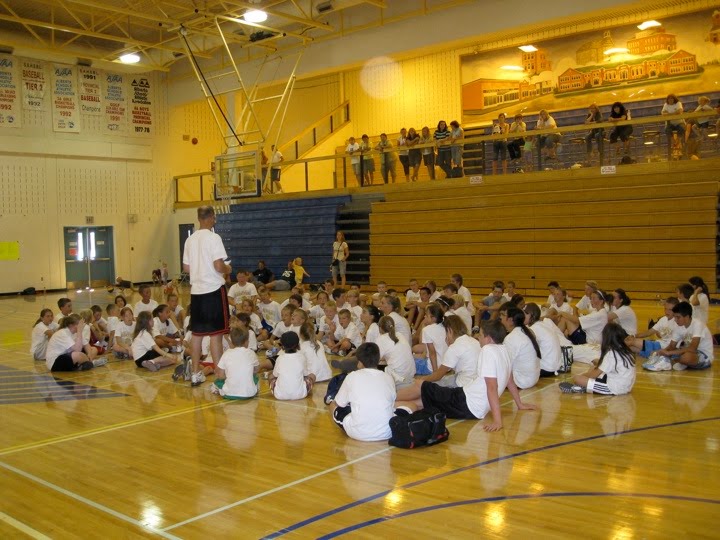 It has become a southern Alberta summer tradition.
That tradition is set to celebrate a huge milestone, as July will mark the 20th year of the Danny Balderson Basketball Camp.
Set for July 16-19 and July 23-26, the annual event will once again feature spots for young basketball hopefuls from Grade 3 up to Grade 10.
Balderson never dreamed the camp would span two decades, as it grew from some humble beginnings.
“I was doing a basketball camp in Cardston right when I started university, and I was approached by the Zeniths alumni to see if I was interested in running a camp in Magrath,” he said.
Originally, he planned to run the Magrath camps while he worked his way through university, as Balderson never game much thought to the event ever reaching double-digit years.
“We had 30 kids come the first year, and it’s grown ever since,” said Balderson, who added the camp eclipsed 300 participants two years ago.
Typically, about 80 youngsters attend the camp in any given week. That means Balderson has had to recruit a lot of help to ensure campers are well looked after with top-notch instruction.
“We try to make it for every 15 kids there is one coach,” said Balderson, who added local university and college players are joined by southern Alberta high school standouts to help run the camp.
Balderson added camp participants love seeing their local high school heroes, just as much as the college and university players, as campers are thrilled to share the court with players they have watched over the years on courts throughout southern Alberta.
When the camp begins, players are split into groups of 15-20. Coaches rotate throughout the groups, which allows players to learn from a variety of different coaches, and pick up a variety of different skills. Groups are visited by three different coaches each day, as Balderson added those coaches tailor their instruction to the age groups they are working with.
“We make it a lot of fun activities for the younger kids, so they can play games while learning,” he said, as competition is the name of the game for the groups of older participants.
That competition can be interesting to watch, as players from throughout southern Alberta, who often battle against one another throughout the winter on their club teams, often find themselves on the same bench.
“It’s been a great place for kids to play with each other on the same teams,” said Balderson, who added campers also get to bond over lunch each day.
The two weeks of camp also sees a huge influx of people who visit Magrath every July.
“A lot of parents and grandparents have kids home from the summer for the camp,” said Balderson, as he added participants have come from all over Canada and locations in the United States.
The camp has also welcome players from China and Holland, as the two weeks of basketball in Magrath often takes on an international flavour.
But no matter where players come from, the two weeks of basketball instruction represents one of the best camps in the province, and one Balderson takes great pride in. He added he has witnessed players visit the camp in Grade 3, and go on to have playing careers in colleges and universities south of the border, and in post-secondary institutions in Canada.
This year, the basketball summer journey will begin July 16-19 with camps from 9 a.m.-3 p.m. each day, continuing with sessions during the same times from July 23-26.
Participants will be housed in the junior high school in Magrath, and, for the second year in a row, inside the Magrath arena.
“We have transformed the ice rink into two basketball courts with four hoops on each court,” said Balderson. “It works really well. It’s a nice, wide space and the kids have lots of room to play with.”
The camp Includes five hours of skill instruction per day, along with skills competitions, one on one and team competitions. Daily awards and prizes are also included. Hot lunch and concession are available. Registration cost is $200, and $180 for each additional family member.
For more information, call, text or email Balderson at 587-220-7578 or daniel-balderson@gmail.com, or visit the camp’s website at http://baldersonbballcamp.blogspot.com
Registration forms can be mailed to Box 91 Welling, Alberta T0K 2N0 (cheques payable to Danny Balderson Basketball Camp).