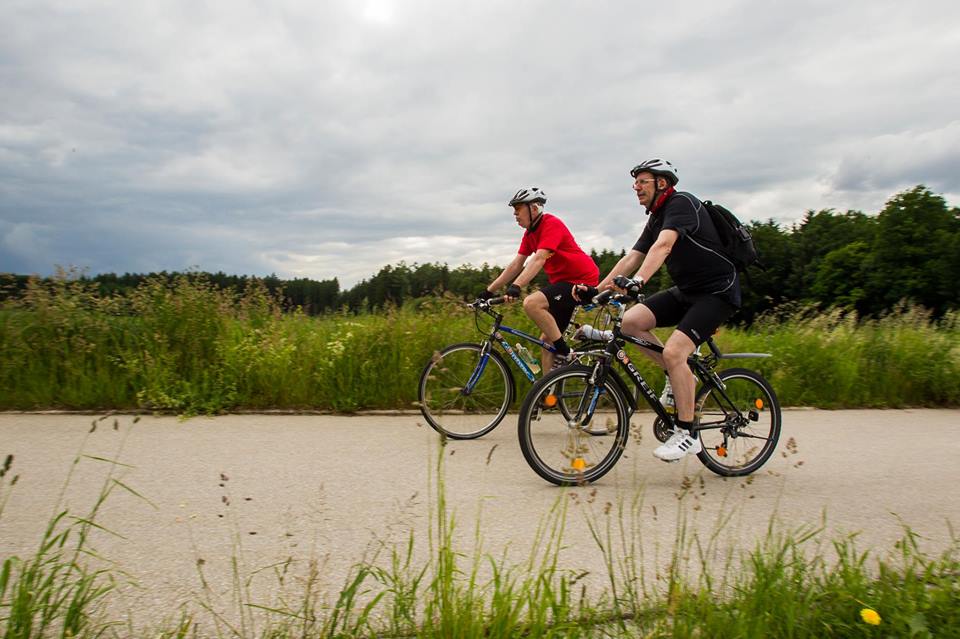 Pedal for Polio, one of the Rotary Club of Raymond’s annual fundraising events, is hitting the road May 11. 2019 marks the club’s fifth annual event.

Val Boehme, from the Rotary Club of Raymond, said in past years the event has had three to seven riders. “We hope maybe seven to 10 this year,” he noted.

“We raise funds for the Rotary Foundation. The primary international humanitarian focus for Rotary has been the eradication of polio from off the planet.”

In the world, Boehme explained, that initiative has cut polio down to only two countries — Afghanistan and Pakistan. India now, has been polio-free for about five years, he added.

Poliomyelitis is a highly infectious disease that most commonly affects children under the age of five. Most know it as poliovirus. The virus is spread person to person, typically through contaminated water. It can attack the nervous system, and in some instances, lead to paralysis. Although there is no cure, there is a safe and effective vaccine — one which Rotary and its partners use to immunize over 2.5 billion children worldwide.

With no cases since 1996 — by 1998, two years after the last identified case in Alberta, the province became polio-free, Boehme said. “We have crossed paths with people who were a part of the polio epidemic in Alberta in the 1950s — now left with post-polio syndrome.”

Pedal for Polio cyclists can meet at Subway on Broadway in Raymond at 7 a.m., with the hope to end the ride at Burger Baron.

“In order to make it more satisfying for people at different levels of cycling, we’re calling it the Up to 100-Mile Bike Hike,” said Boehme.

Boehme’s plan is to ride 171 kilometres, as his 71st birthday is the day before the event.

Pedal for Polio’s cycle circle tour is basically Raymond, Welling, Magrath, Del Bonita, Whisky Gap, Cardston, Spring Coulee, and back. “Anyone can do any part of that,” he said. “They can go the distance they want to ride.”