Pandas fall in final of LCI Green and Gold Tournament 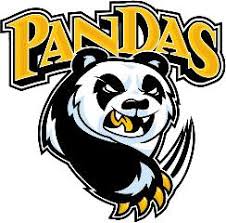 Everything was going according to plan for the Magrath Pandas in the gold medal game of the Lethbridge Collegiate Institute Green and Gold Tournament championship game.
Magrath came out firing in the first quarter against the host LCI Clippers, as the visitors built a 19-10 lead. The Pandas scored 18 more points in the second frame to take a 37-29 lead into the half, before things fell apart in the third quarter.
LCI outscored Magrath 25-10 in the third and used that momentum to steal a 78-63 win, as the Pandas settled for second place.
Hattie Ogden led Magrath with 22 points in the final, while Emily Hall added 11.
Individually, the championship game wrapped up a strong weekend for Ogden, who was named to the tournament all-star team. The Magrath standout ended Saturday as the Green and Gold’s leading scorer with 58 points, as Ogden also led the way with 10 three-pointers made throughout the tournament.
Hall connected seven times from behind the arc on the weekend and ended up as the sixth leading scorer in the tournament with 40 points.
Magrath began the weekend on Friday with an easy 70-45 win over Bishop Carroll. The Pandas built a 35-18 lead at the half and did not look back, as Ogden led the way with a 23-point effort. Hall added 15 and Carly Blackmore chipped in with 12 in the opening-round victory.
That win put Magrath in Saturday’s semifinal against the Salisbury Composite High School Sabres. Another strong first half had the Pandas in front by a score of 40-31, but is was a dominant third quarter, where Magrath outscored Salisbury 25-12, that proved to be the difference in a lopsided 81-60 triumph.
Hall led all scorers with 14 points, as Ogden, Elley Johnson and Macey Wocknitz all recorded 13 points each to pace the Pandas attack.
The Pandas will not be back in action in the Southern Alberta High School Basketball League until Feb. 12, when Magrath will be back in Lethbridge to face the LCI Clippers.
Raymond will also play on Feb. 12, as the Comets will host the Medicine Hat Kwahommies.