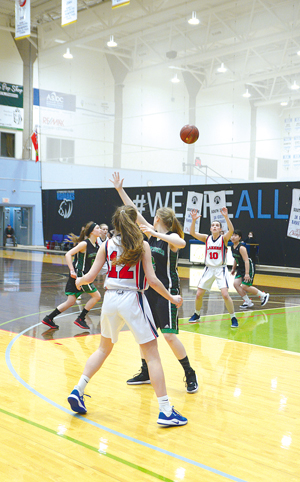 The gyms have gone dark, and the fields may remain empty for the foreseeable future.

At a time when the local sports scene is typically buzzing with activity, the COVID-19 crisis has put a stop to sports activity throughout Alberta.

Last week, just as local teams were making their marches at their respective zone tournaments, word came down from the Alberta Schools’ Athletic Association, as zones came to a halt.

The ASAA also announced provincial tournaments had been postponed indefinitely, and with the subsequent cancellation of classes throughout Alberta for Kindergarten to Grade 12, the entire school sports calendar is in jeopardy.

For southern Alberta, that new is especially disappointing, as Southern Alberta Interscholastic Administrative Council was set to host the ASAA 4A Basketball Provincial Championships from March 19-21.

Opening ceremonies were to have been held tonight in Lethbridge at Chinook High School, while Magrath High School and Raymond High School were set to host games in both the boys and girls portions of the 2020 provincial draws.

In terms of zone play last week, the Magrath Zeniths and Raymond Comets were set for a semifinal clash last Thursday, as both teams earned round one wins in the Southern Alberta High School Basketball league 4A South Zone Tournament.

In the 4A girls tournament, Raymond was set to take on Cardston in one semifinal, after the Comets advanced by virtue of a first-round bye, as the league’s top seed.

The Magrath Pandas had a semifinal date booked with LCI, after Magrath cruised to a 75-50 tournament-opening win over the Catholic Central Cougars.

In junior varsity boys play, Raymond was set to take on LCI in last Saturday’s championship game. Raymond beat the Chinook Coyotes 95-49 in the first round, and then downed the Cardston Cougars 103-70 in the semifinal.

Magrath won its tournament opener 89-80 over Medicine Hat, as the Zeniths then fell 64-59 to LCI in the semis.

Second-ranked Raymond was upset in the JV girls semfinal, as the Comets dropped an 89-79 decision to LCI. Raymond’s tournament opener featured an 85-38 win over Chinook.