Zeniths and Pandas continue to roll on the court 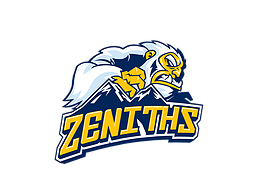 Magrath’s high school basketball teams continue to have success as the calendar counts down to zone competition.
The Zeniths senior varsity team is now 19-1 on the season after Tuesday night’s 87-70 win over the Lethbridge Collegiate Institute Rams.
Levi Balderson had 19 for Magrath, while Davison Hansen had 31.
Magrath’s only loss of 2021/2022 game back on Jan. 29 in Okotoks, where the Zeniths fell 76-74 to Holy Trinity Academy.
The team will face a tough test this weekend, however, as the Zeniths will take on fourth-ranked Bishop McNally on Saturday at 6 p.m., along with Calgary’s Sir Winston Churchill High School at 12:30 p.m.
That will kick off a busy stretch, as the team will take on Catholic Central next Tuesday in Magrath before the start of Magrath’s Heartbreak Invitational 2022 tournament, which opens Friday for the Zeniths with a game against Lindsay Thurber.
The Pandas senior girls team has also been hot, as Magrath upended two of the province’s top teams last weekend at the 2022 Saints Senior Classic Go-Round, hosted by Calgary’s St. Mary’s High School.
Magrath defeated No. 5 ranked Centennial 65-54 and No. 2 Western Canada 75-70. The Pandas also handed the hosts a lopsided 72-36 defeat.
Wednesday night, the Pandas hosted Lethbridge’s Chinook Coyotes (score unavailable at press time). Tonight, Magrath will take on the Catholic Central Cougars in another league contest, this time in Lethbridge.
The Raymond Comets seniors boys basketball teams also hit the court Tuesday night in 4A Boys Basketball league play.
Raymond’s senior varsity team defeated Medicine Hat High School by a score of 108-81. The Comets junior varsity team fell to Medicine Hat by a score of 83-56.