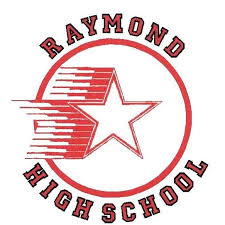 The Raymond Comets girls basketball team has reached the pinnacle of the Alberta sports landscape.
Raymond took the 4A provincial title last Saturday at home with an exciting 80-75 win over the Magrath Pandas.
It capped an amazing season for the Comets, one which saw the team dominate opponents all year long.
The team’s journey to the final began last Thursday with a 97-58 win in the provincial quarterfinals over William Aberhart.
Raymond followed that up with an 87-34 win in the semis over Salisbury Composite.
The Magrath Pandas deep provincial run capped off an amazing year for that team as well, as Magrath opened the tournament with a quarterfinal win over Lindsay Thurber, by a score of 83-47.
In what was really a two-team tournament the entire weekend, Magrath earned another huge win, this time by a score of 82-64 over Western Canada.
Provincials capped amazing seasons for Magrath and Raymond, as the teams dominated play in the Southern Alberta High school Girls Basketball League. Raymond finished 13-0 and Magrath ended with an 11-2 record.
On the awards front, Raymond’s Delaney Gibb was named league MVP, as Abby Graves of the Comets was a first-team league all-star. Magrath’s Hattie Ogden and Grace Hansen were also first-team all-stars. Raymond’s Aubrey Baines was a second-team all-star, as was Magrath’s Abby Payne.
Brad Karren of Magrath shared the varsity coach of the year award, while Spencer Wenzel of Raymond shared the junior-varsity coach of the year honour.
On the boys side of the 4A provincials tournament, however, things did not go according to plan.
The top-seeded Magrath Zeniths could not get its offence going all weekend, as the top team in the province was bounced in the first round after a 77-59 loss to No. 8 ranked Leduc.
Things did not go any better for the Zeniths in the team’s next game, as Magrath fell 73-54 to Calgary’s Notre Dame, in the quarterfinal of the consolation bracket.
That ended what was, up until provincials, a magical run for the Zeniths. Magrath finished 12-0 in the Southern Alberta High School Basketball League regular season, as David Hansen would go on to win league MVP honours. Levi Balderson and Treydon Barton were also named first-team league all-stars, as Brock Barnett was a second-team league all-star. Magrath’s league award domination included Mike Hansen being named coach of the year, while Brent Bourne shared the honour with two other coaches as junior varsity coach of the year.
In Cremona, the Stirling Lakers girls team took the silver medal following a 74-72 loss to Parkland Immanuel Christian in the gold-medal game.
Stirling opened 1A provincials with an 80-43 win over St. Michael’s, and followed that up with a 69-66 win over Bawlf to advance to the championship game.
The Stirling Lakers boys team saw its 2A title hopes evaporate in the first round after a 78-74 loss to Calgary’s Bearspaw Christian. Enoch Stone kept Stirling close with a massive 37-point effort, while Callan Oviatt added 18 and Levi Stone chipped in with 11 points.
Stirling then fell 70-73 to Assumption Junior/Senior High School, as Levi Stone led the way with 20, Enoch Stone had 15 and Maddux Barton had 10.
The Lakers capped off play with a 78-57 win over Wainwright in the ninth-tenth place game. Oviatt led the way with 16, Enoch Stone had 15 and Parker Michelson added 10 points.