Music fills the streets of Stirling 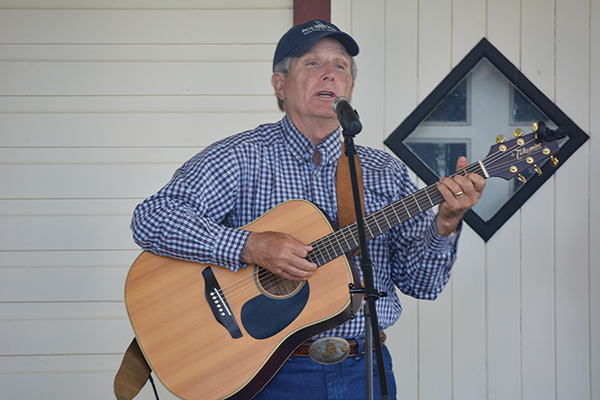 The sounds of music filled the streets of Stirling last weekend as this year’s festivities kicked off in style.

Music on the Veranda was once again a hit and a great way to start the 2016 Stirling Settler Days.

Local musicians shared their talents and members of the community sang along to some familiar songs.

Tom Memmott, president of the Stirling Historical Society, has organized this event for a number of years and appreciates what it does for the village.

“We have great support from the community, there’s people here I don’t recognize that have come out because of their family who’s here from out of town. We get great support form everybody,”said Memmott.

It’s a night where people can come out and really enjoy themselves.

“We showcase local talent and we are just here to have a good time. It’s something that we do to get everybody together,” said Memmott.

Memmott understands that none of this would be possible without the commitment from the musicians.

“They’re good. They have been coming out for a few years now and it’s great they are willing to share their talents with us,” said Memmott.

Randy Broadhead is a musician who has played at Music on the Veranda for a number of years and says it’s always nice to help a friend.

“Tom is my friend and if he asks for something I do it,” laughed Broadhead. “If you can make people happy, it’s worth doing.”

Making people happy is exactly how the night went and you could tell by the smiles on everybody’s faces.

Lindsay Teller recently moved her family to Stirling from Calgary and says getting a chance to get out and experience her first Stirling Settler Days would be a great way for her children to embrace the village.

“It gives them a chance to understand what community is all about, that’s part of the reason why we moved here. That’s how I grew up, so I hope they get the same experience,” said Teller.

Music on the Veranda took place at the historical Michelsen Farmstead.

The Michelsen Farmstead in Stirling was declared a Provincial Historic Site of Alberta in 2001, and is maintained by the Stirling Historical Society who have restored the farm back to its 1930’s heritage.

The Stirling Historical Society put on the event and was very thankful to all the volunteers and everybody who came out and shared their support. It was a great way to kick off, what turned out to be, a wonderful weekend of festivities.