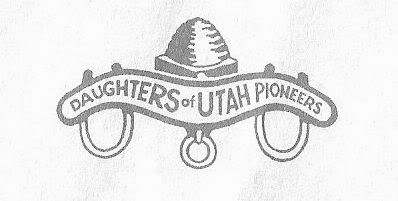 Over the last 38 years, many local women have stepped up and taken an active role in helping preserve the history and stories of the Utah pioneers who first settled Southern Alberta.
The International Society Daughters of Utah Pioneers (ISDUP, DUP) is a women’s organization dedicated to preserving the history of the original settlers in the geographic area covered by the State of Deseret and Utah Territory, including Mormon pioneers. Many local communities have taken an active role including Magrath, Raymond, Stirling, Cardston, Taber and Lethbridge.
DUP was organized on April 11, 1901 in Salt Lake City by Annie Hyde, a daughter of John Taylor, a former president of The Church of Jesus Christ of Latter-day Saints.
The objective is to “perpetuate the name and achievements of the men, women, and children who were the pioneers of this commonwealth: by preserving old landmarks, marking historical places, collecting artifacts and histories, establishing a library of historical matter, and securing manuscripts, photographs, maps, and all such data as shall aid in perfecting a record of Utah pioneers; …” reads page two of the ISDUP Constitution.
As of September 2014, there were 192 DUP members in Canada with a total membership of 22,585 including the United States, shared ISDUP membership chair, Joleen Barker. Magrath accounts for 12 of those members.
Durraine Leavitt brought DUP to Alberta and Canada in 1976, the first Camp was in Cardston. The Magrath Camp was formed on June 29, 1988. Ann Norton was the founding Captain in the Garden City.
“When the pioneers came across the plains, they came in Companies, so we call our main group a Company and then the pioneers broke up into Camps within the Company wagon train, so that is why the subgroups are called Camps,” explained Garden City (Magrath) Camp captain Lois Bourne about the DUP terminology. Magrath is part of the Cardston Company.
A marker to recognize the contributions of pioneers who came to southern Alberta through the Stirling Siding Railway Station was unveiled on May 5, 1995.
The ceremony was hosted by the Daughters of Utah Pioneers. Today, a 17-ton rock remains on the highway east of Stirling to commemorate the site where pioneers first arrived in the area and later left from to start new lives across southern Alberta.
It was on May 5, 1899 that the first group of 30 pioneers reached the point of narrow gauge railroad near where the rock is now located.
The Stirling marker was the 476 marker for the DUP organization and the first international marker placed outside the United States.
Today there are Canadian markers in Stirling, Caldwell, Taber, Lethbridge and Raymond.
The markers honour historically significant buildings and locations in southern Alberta for early pioneers, explained Bourne.
“Stirling remains the best-preserved example of a Church of Jesus Christ of Latter-day Saints agricultural village,” Ron Bore, a former president of the Stirling Historical Society was quoted saying in an archived Lethbridge Herald article .
The original two-and-a-half-acre lots are still quite evident within the town.
“Today Stirling is the best-preserved surviving example of a distinctive settlement pattern known as a Mormon Agricultural Village,” said Bore in the same article. “The plan was based on the Plat of Zion, a model village developed by LDS church founder Joseph Smith, and modified and adapted by Mormon settlers in the Western United States.”
In 2001, to celebrate the centennial of DUP, the 135 women in the Magrath and Cardston camps, at the time, joined together to compile a four-book set of the ‘Women of Fame and Fortitude.’ The set, about 950 pages per book, chronicled the history of the men and women who made the trek across the United States to settle in Utah, prior to 1869 when the railway was established for transit.
“Each month at our Camp meetings, we present a history of an ancestor to the group,” said Bourne. “Those histories are sent to the Lethbridge Family History Office and then to Salt Lake City.”
The histories from all the Camps in Alberta and the United States, and other specialty written histories of women on the trek, were compiled into these books, complete with pictures.
A set of these books was presented to the Cardston and Magrath Family History Society Libraries and have since proven to be valuable resources for genealogy and family history.
Most recently, the Magrath Garden Camp awarded 25-year pins. Gloria Alston, Garda Law, Barbara Davies and the late Donna Thomson received the hounour for their dedication, service and support of the organization. Lois Bourne and Alice Gibb received 20-year pins, while Molly McBride was awarded a 10-year pin.
The DUP meet on the fourth Monday of each month, at 1 p.m. at the Diamond Willow Terrace Lodge.
They enjoy a lesson from Salt Lake that reflects on some aspect of pioneer life and a local Sister shares a history of one of their ancestors and their legacy.
Anyone is invited to attend, whether you have pioneer ancestry, are LDS, or not. Non-direct descendants can become associate members and share pioneer stories too.
The average age of the current membership in Magrath is 80, they like many other rural Alberta Camps, are actively seeking new members to continue carrying on the legacy.
“We kind of get a sense of who we are by our history, by our ancestors and where we’ve come from,” said Connie Huber, Garden City Camp secretary.
Lois and Connie agree that knowing ones history and background gives a sense of purpose in life. And that DUB is a special sisterhood.
If interested in more information, or to join a local DUB Camp, please call Lois Bourne at 403-758-3578 or Connie Huber at 403-758-3180.