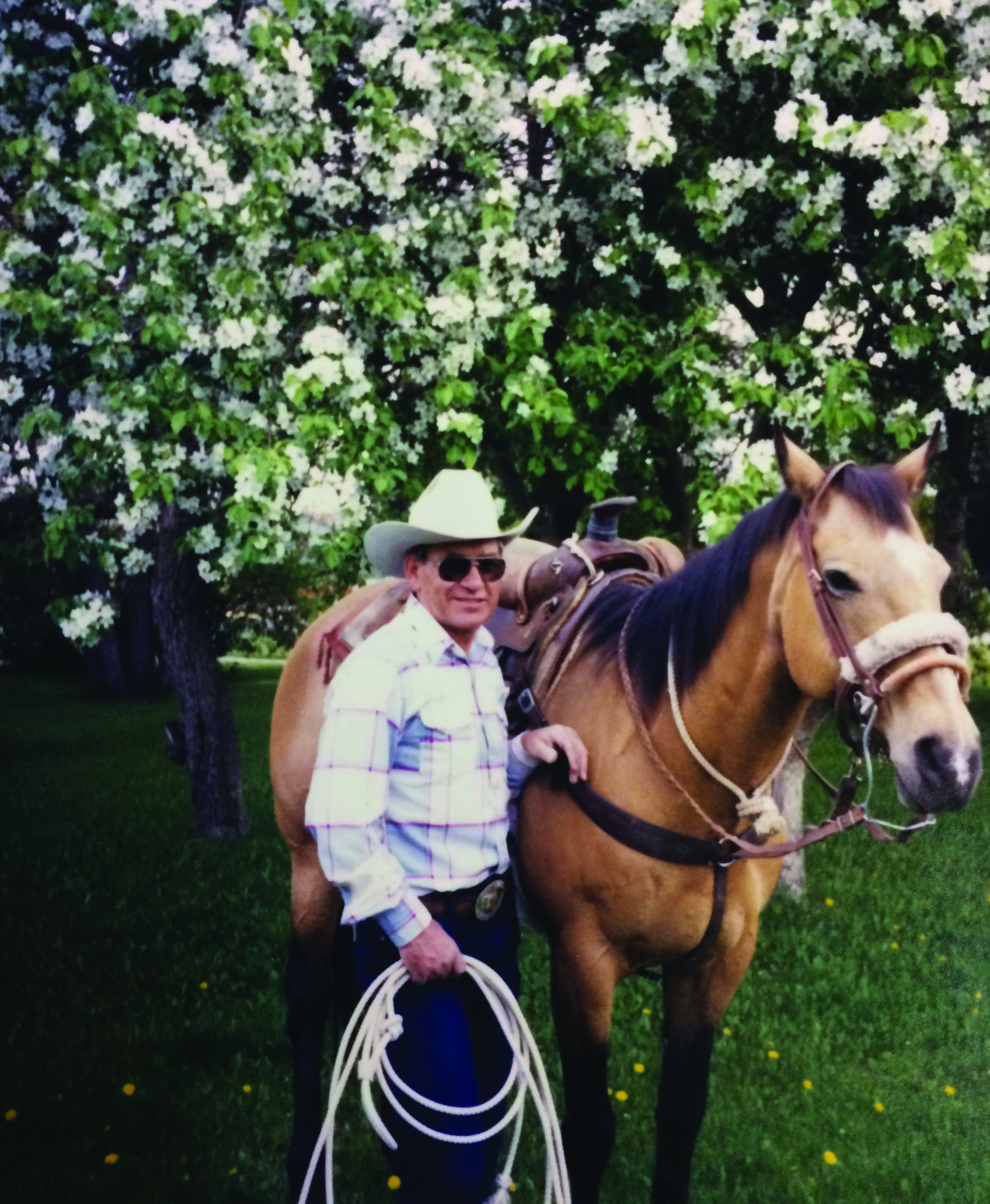 The Rotary Club of Raymond is pleased to announce that the Honourary Parade Marshall for the Rotary Canada Day Parade is the Raymond “Duke” O. Helgerson family.
Duke was nominated in recognition of his many years of service to the community and the people of Raymond. His sudden passing on April 27 did not diminish the club’s enthusiasm in extending the honour. Duke’s family will proudly represent him by leading the Canada Day Parade this year.
“It was kind of unfortunate, I was given the assignment (to notify Duke that he had been selected as the Honourary Parade Marshall) and when I called to arrange a time to meet with him, he was in the hospital not doing well and he passed away a day later,” shared Steve Leavitt, Raymond Rotary Club incoming president.
“I kind of feel bad that I wasn’t able to talk to him. He never got to know he was chosen, but we thought it was appropriate to contact his wife and family.”
Duke’s beloved wife Eltie of 65 years, and his youngest child and only son Ronnie Duke will be riding in the horse drawn coach in the parade. While Duke’s white Ford truck will be pulling a flat deck trailer with the rest of the family including his four daughters, 12 grandkids and four great grandkids.
Duke’s daughter, Diane McClain , said it is an honour to be representing her dad and taking his place, the sentiment is echoed by all the siblings and grandchildren.
July 1 has always been a big day for the Helgerson family, with Duke looking forward to the parade and rodeo all year long.
Even in his old age, he was very much involved with the Raymond Stampede Committee and a big part of the day. He would do whatever he could to make the day better.
“The Stampede meant everything to him, he waited all year for people to come home,” shared his wife Eltie.
“It was huge, dad was such a big part of the stampede for a lot of years. We always come home. We all love July 1,” added McClain.
“It took him a long time to make his way down the street,” said McClain with a chuckle fondly remembering how long it would take him to walk a block because he stopped to catch up and visit with all of his old friends and the people he only got to see once a year.
Duke started rodeoing with some buddies at a young age and was instantly hooked. He was an outstanding Calf Roper and won many awards and buckles.
He even had the opportunity to perform in front of Princess Margaret at the Calgary Stampede. Another accomplishment of his included judging NARC rodeo events.
Duke was well loved by not only his family, and rodeo peers, but the community of Raymond as a whole. People of all ages looked up to him, he was a brother, father and grandfather figure to many.
Duke received his 40 year service award as a fire department volunteer and his 31 year award as an EMT. And still served after that.
He received many requests from the towns people to take them for their “last ride” in the ambulance because of his compassionate heart and understanding ways.
“He was an all around friendly guy, everyone liked him. And he just liked to help everyone any way he could,” said McClain about his service.
Other honours include being voted Raymond’s Citizen of the Year, Raymond’s first Cowboy of the Year in 1976 and Raymond Stampede’s Honourary Cowboy in 1997
Duke will be fondly remembered for his firm handshake, the twinkle in his eye and how comfortable and at ease he could make you feel.
The Parade is schedule for 10 a.m. July 1.