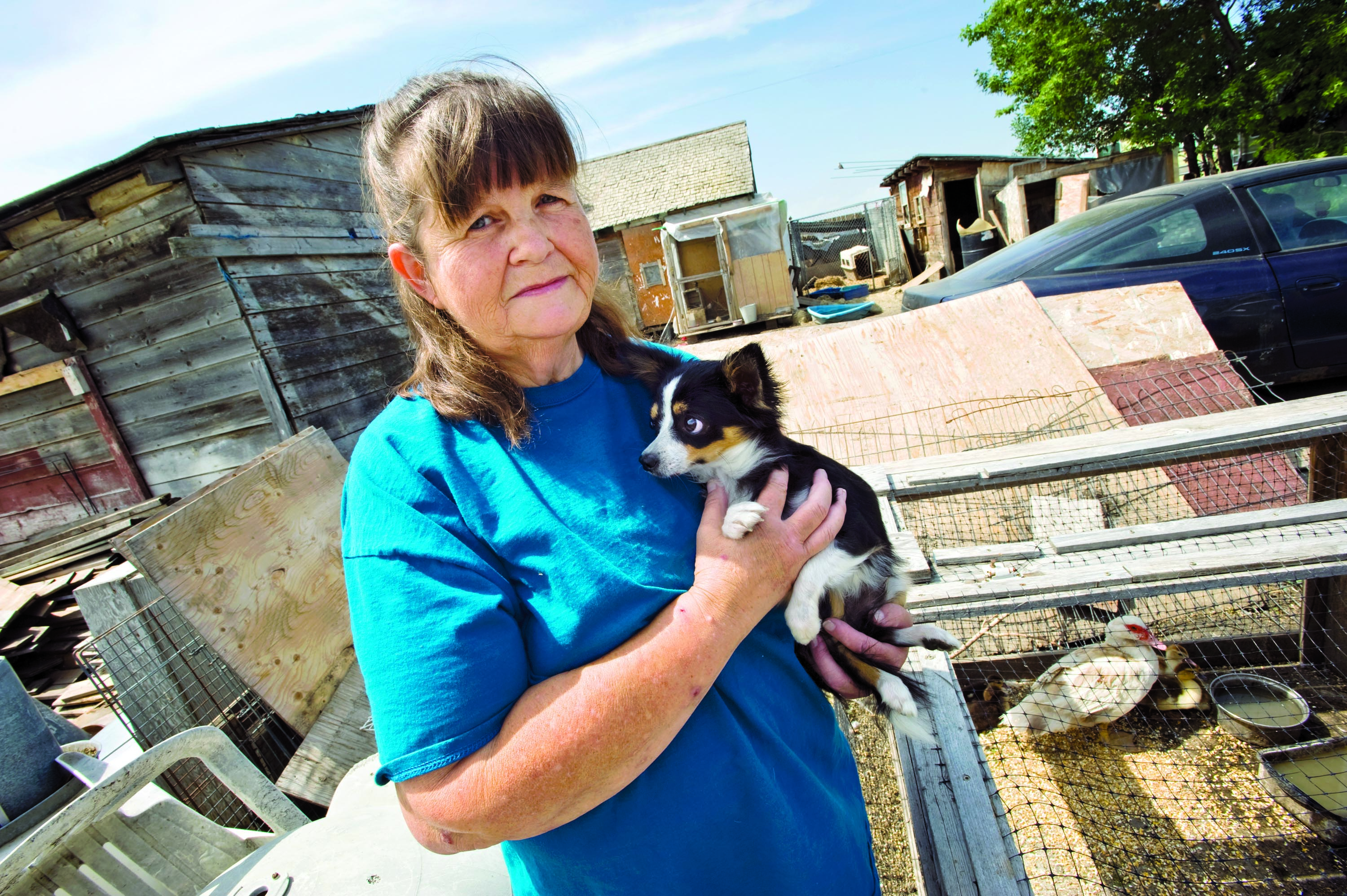 RCMP are investigating a horrific case of animal cruelty which took place on a farm near Raymond.
Sometime in the early hours of Aug. 4, Pat Lucas said someone trespassed on her farm, broke into her animal coops, and left numerous chickens, ducks and rabbits for dead. She said they used rakes and shovels from the property, and ripped wooden boards off the sheds, to slaughter the animals.
“We had to put down about six of them. They broke their legs or wings or backs. There must have been 20-30 animals total we had that died,” said Lucas, adding many more are missing due to the cages being ripped open.
Lucas said she awoke around 9 a.m. that Tuesday to the sound of her Guinea hens outside the window. She thought it was odd because they should have been penned up. That’s when she went outside and saw the carnage.
At first she believed an animal was responsible, until she saw the broken tools and the trauma to the animals.
The casualties included a number of baby ducks and their mother, who were kept in a coop.
“It was just the vicious way they did it,” said Lucas. “We don’t sleep very

good at night. I leave the windows open…I just think these people have got to be mentally deranged.”
Allan Taylor, Lucas’ boyfriend, said it’s hard to believe somebody would do that to harmless animals.
“They didn’t just hit and kill them,” he said. “They squashed their heads. It’s sick. It’s just cruel and inhumane.”
Lucas believes whomever is responsible has been on her property before. About a month and a half ago, a horse on the property had its eye poked out. She initially thought it happened accidentally, but now wonders if it was a prequel to the cruelty this week.
She said the family dog, a chihuahua named Dodger, was also beaten to the point his right eye is bulging from his head. A website has been set up to help raise funds for his veterinary care atwww.gofundme.com/justiceforanimals.
Any extra money not needed for Dodger’s surgery will go toward an emergency fund for anyone else with an animal in need at the clinic.
Raymond / Magrath RCMP Sgt. Kelly McCoy said that as of Tuesday statements have been obtained and that the investigation is ongoing. No suspects have been identified as of yet. The Society for the Prevention of Cruelty to Animals (SPCA) is aware of the incident.
“Once we do find somebody responsible, if we find somebody responsible, there may be some charges under the SPCA Act as well, but we’ll also work with the Criminal Code for cruelty to animals,” said McCoy.
“It could be difficult, but not impossible. That’s why we do investigations so hopefully we can find who did it. We’re going to rely heavily on the public for some input as far as did they see anything, have they heard anything, anybody talking about anything. Anything that can help us, it would be great if they could come forward.”
McCoy said RCMP haven’t received reports of other animal cruelty cases in the area, but he wants to advise those with open animal pens to take extra precautions by limiting access to the public if possible, or putting up surveillance cameras, for added peace of mind.
Lucas said it’s been difficult to sleep knowing the culprit is roaming free. She hopes they get caught before they hurt any more animals.
“Come forward because, if it is kids, they’re going to talk. I don’t know if an apology will make my feelings go away. I wasn’t there to protect them, like they’re my kids. I was crying so much yesterday, I didn’t think I could get any more tears,” said Lucas.
“We know the law. If it’s juveniles, probably not much will happen, but they should do community service where they have to work around animals. Animals have feelings, too.”
If anyone has any information about the crime, contact Raymond RCMP at 403-752-4747 or Crime Stoppers at 1-800-222-8477 (TIPS).