Magrath in need of an official dog park 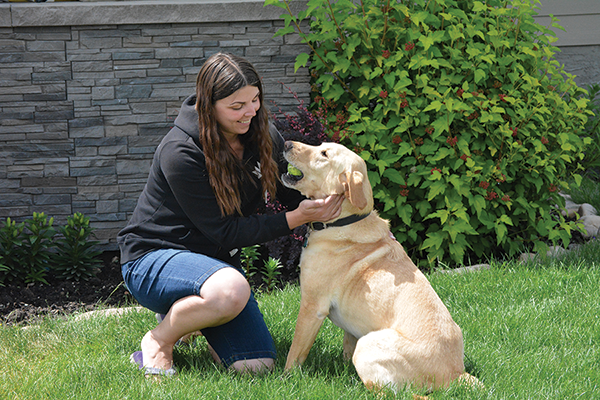 A group from Magrath is making a push to create a large space for their dogs to run free.

The Magrath Dog Lovers’ Society is looking for help to fund the town’s first ever fenced in, off leash dog park.

Chairman Christine Bly says currently there isn’t anywhere to take dogs and relieve some of their high energy.

“There is no place to let them loose. Your dog will be healthier, your dog will have a better life and will be less aggressive,” said Bly.

Bly sometimes makes the trip to Lethbridge to use the parks there, but is usually limited to the country roads in town.

“It really isn’t that safe for them, if a farmer is coming down on a tractor and can’t see them, it becomes dangerous for dogs to run. In town, you can’t let them loose to run and you don’t want them chained up all the time,” said Bly.

Bly believes bringing a dog park to Magrath makes sense because of the number of dogs here. She says it would benefit their owners too.

“There is a lot of people in town who have dogs. I think people would become closer as a community. You bring the dogs together and you might meet people who you’ve never met before,” said Bly.

The town has volunteered to supply the land, giving them a few options.

Originally, they offered the lot beside the tennis court, but the residents in the area dismissed the notion because they worried about the potential noise it could create.

Another option was the lot located next to where Wes Beck resides. Bly was concerned it would make the campers nearby unhappy.

A piece of land south of the recycling bins, is a third option. It’s the largest, at 1400 feet. According to Bly, it’s extremely appealing.

The biggest problem they are having right now is finding the funding for the fence.

The Lions Club have said they would contribute $3000 for fencing, but that would only cover a small portion of the cost.

According to Bly, the cost of each post would cost a little over $7 and the price of a gate would cost approximately $60. The average cost of fencing can average anywhere from $3 to $13 per linear foot.

Bly says it would be a great start and would like to eventually see it grow even bigger.

“Ideally we would like to have an obstacle course the dogs can run through. We would also like a section of the park for smaller dogs and big dogs,” said Bly.

Secretary, Heather Crapo, says it would be a great place for children to familiarize themselves with dogs of all sizes.

“It would a great place for children to get used to dogs. Sometimes you’ll get a child around an approaching dog who gets nervous. They don’t  always get that exposure to dogs,” said Crapo.

Bly has put together a proposal to town council, but because of recent health issues she hasn’t been able to proceed with it. She has other committee members, but needs more volunteers and members to continue with the proposal.