Celebration Days in Raymond start off with a bang 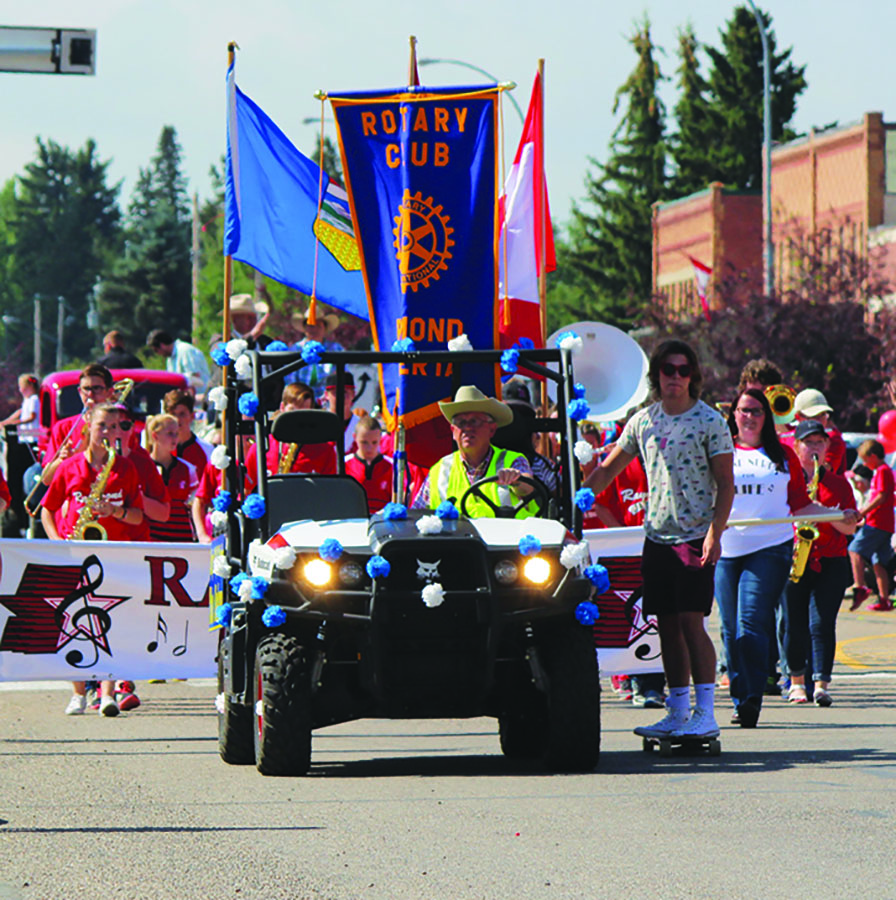 The annual Celebreation Days pararde brought the entire community together as kids filled the streets in the search for sweets. It was the perfect start to such a wonderfull weekend in Raymond.

Music, fancy looking floats and a boat load of candy is how Raymond started off their July 1 Celebration Days.

The Canada Day Rotary Parade rode into town, much to the delight of many children who gathered with plastic bags, anticipating an over abundance of sweets.

Denise Graham has made the trip from Warner for many years and says these parades are mainly about the children and just loves to see them so happy and in their element.

“The kids love it and they love the candy. For a small town it’s such a great parade, such great participation, wonderful floats and again so much candy,“ laughed Graham.

Graham gives a lot of credit to the Town of Raymond and says they do a great job of putting it together. She adds, it’s a great way to promote the town especially for people who don’t visit Raymond very often.

“It’s such a great way to bring people into Raymond  and make people aware of all the businesses in town that people who don’t live here aren’t familiar with,” said Graham.

The temperature was scorching, but there wasn’t a need to worry about the heat. The Fire Department brought out their water hoses and cooled everybody off.

No one complained, as it was hard to keep smiles off the faces of everybody who came out to enjoy the festivities.

Reva Kenly attends the parade every year and said their isn’t anything she doesn’t enjoy about it.

“The kids, the candy and the floats. I love it all, it’s just a great time for everybody involved including all the adults,” said Kenly.

She adds, Raymond is a great representation of community and says it’s a great example for her children.

“It gives them a sense of family and community, it shows them what kind of town Raymond is and overall it’s just a great time for them and everybody who participates,” said Kenly.

Some of the highlights in the parade, apart from all the candy, were appearances from recently elected Conservative party nominee Glen Motz, Lethbridge’s Member of Parliament Rachael Harder and of course June Fawns, this years Rotary Club’s 2016 Honorary Raymond Parade Marshall.