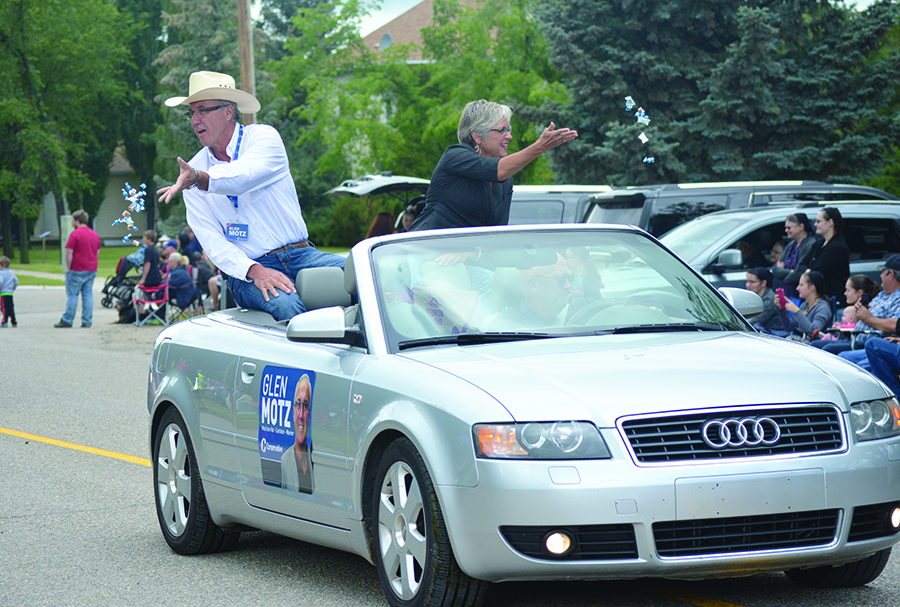 Candy, costumes and more candy were the highlights last Saturday afternoon as many gathered in the heart of Stirling to celebrate a special time of year.

Children filled the streets, with bags in their hands, as they collected a large supply of sweets from, what seemed to be, a never ending rush of well decorated floats in the Stirling parade.

First came the RCMP, followed by multiple horse carriages and floats from some of the favourite local businesses.

People visited from all over and as far as Lethbridge. Lisa Neill made the trip from the city and enjoys doing so because of how happy her kids get when she takes them to a parade.

“They have a lot of fun and they love it. This is the first year we made it to this one, but we usually hit up all the ones around Lethbridge. This year we decided to hit this one up,” said Neill.

She wasn’t the only one who was happy for the kids. A lot of parents were happy to see their kids out enjoying the floats and, more importantly, the chase for tasty treats.

Parent, Jen Bowes, knows this is the perfect time of year for an event like this.

“It gives them something to do in the summer. This is what summer is all about,” said Bowes.

The Stirling Settler Days is a time when people can take a break from work and enjoy a nice weekend during the summer months. Many people in the community took this time to reconnect with friends and family who don’t always have the opportunity to visit with one another.

“Brings everybody out, gets everybody together and it brings families together. We’ve got a family reunion going on as well, so it’s been really great,”said Bowes.

For some, it’s been a while since they have been able to see people they grew up with and these festivities is a perfect reason to reunite.

“I’ve seen a ton of people I haven’t seen for years since I was a kid and lived here. So it’s nice to see everybody and their families. It just brings everybody together,”said Neill.

Once again the parade was a hit, as laughter and joy filled the streets in Stirling. The party wasn’t over yet though, as people moved on to lunch before heading to the Silver Saddle Club for barrel racing, mini chucks and other fun games.

After a busy day, the festivities wrapped up with fireworks at Reunion Centre Square, putting an end to another year of Stirling Settler Days.