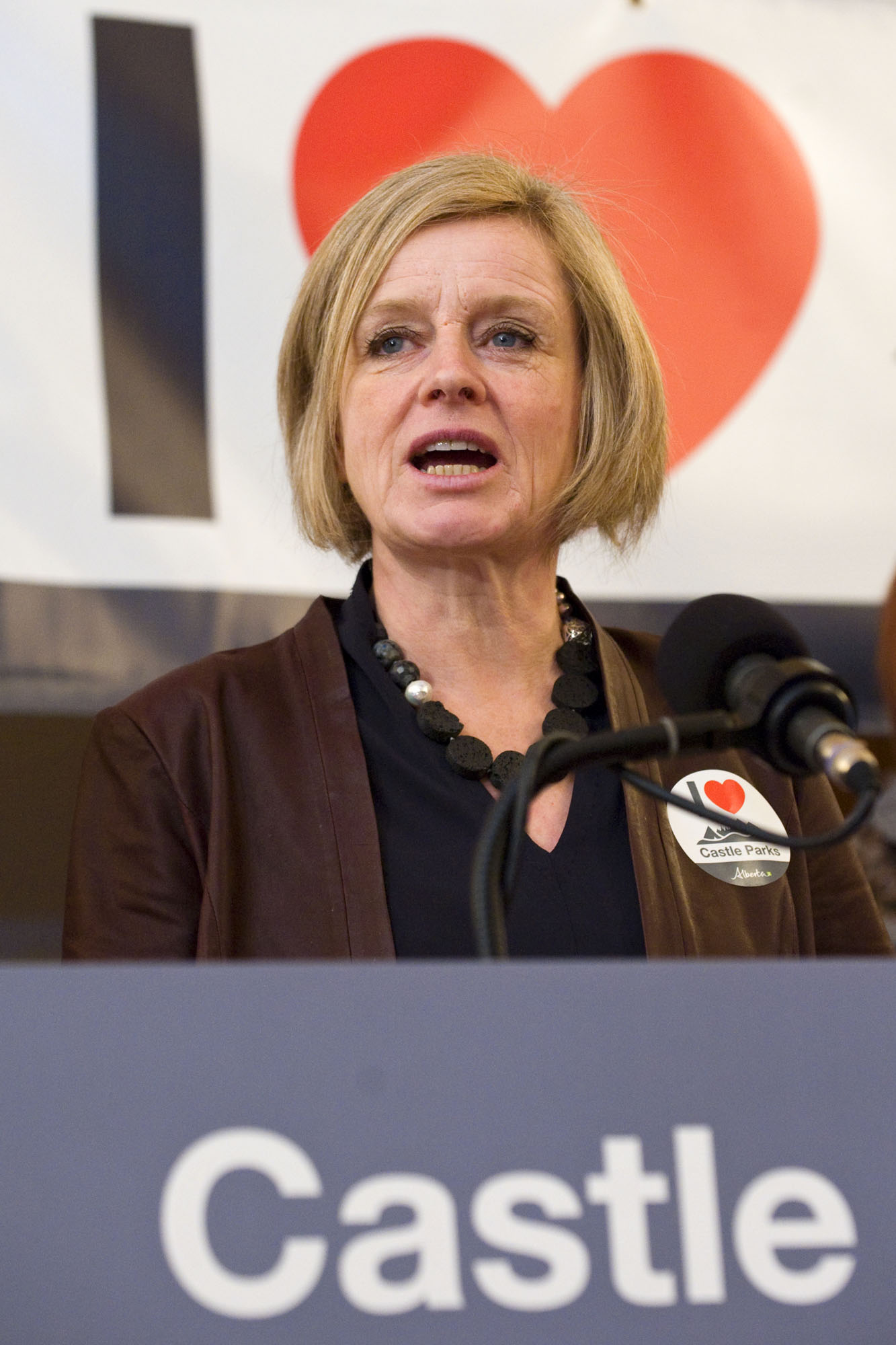 The provincial government’s announcement regarding the establishment of park boundaries in the Castle area as well as an end to OHV use in the parks was met with a mixed response on Friday.

Premier Rachel Notley and Environment Minister Shannon Phillips were on hand in Pincher Creek to make the announcement before a full house in at Kootenai Brown Pioneer Village Museum.

“Thanks to these actions, more than 103,000 hectares  of irreplaceable land is safe from disturbance and development.”

“This has been 40 years of scientists, environmentalists, and others asking for protection of these parks given their tremendous ecological significance,” said Phillips.

Jordan Reed is a Pincher Creek resident who was not happy with the announcement.

“It’s a big taxation,” he said. “It’s on (Notley’s) agenda to tax people. The province is going to pay for it.”

Reed said the province is missing the mark on their aims to protect wildlife in the area, citing a need for more predatory control.

“You have people who don’t know anything about the land who come down here and just put their foot down, but the only people who know what to do out here are the people (from the area). The people who hunt there, that ride there, and work land there.”

“My question is, who is paying for this?”

“It sounds like it is going to take away people’s basic freedoms to enjoy the outdoors as they please,” he said.

Riviere said he grew up in the mountains and is upset by what he sees is a loss of free access to the land.

“I know the majority of this community is upset about (the announcement),” he said.

He added it is unfair to punish all OHV users for the irresponsible acts of a few.

“There are people who are going to break the rules,” he said. “But punish those people. Don’t punish the general population.”

The next phase will be the development of a management plan for the area. A 60-day public consultation will help flesh out the new parks’ features and opportunities.

A draft plan has been developed in conjunction with key stakeholders. Albertans are encouraged to participate and provide feedback.

“It’s a rare piece of territory, and it’s important that we entrench this territory for all of us to enjoy,” he said.

He encouraged local residents to take part in the consultation process to ensure their concerns and suggestions are addressed.

Lethbridge resident Renee Richards spoke as a longtime user of the area.

“I hope, as we move forward, I can teach my kids we are visitors here, and we respect where we are at, and always treat it as something special.”

Phillips said previous governments did nothing to protect the area, resulting in decades of abuse.

“We did have so much conflicting and irresponsible use that has been allowed to fester over the decades of the previous government’s mismanagement of the area.”

“We think (OHV) activity is appropriate and it’s a good activity for people to engage in the right places.”

The Castle area is home to more than 200 rare or at-risk species along the eastern slopes of the Rocky Mountains.