Holocaust survivor was left a legacy of hope by her mother 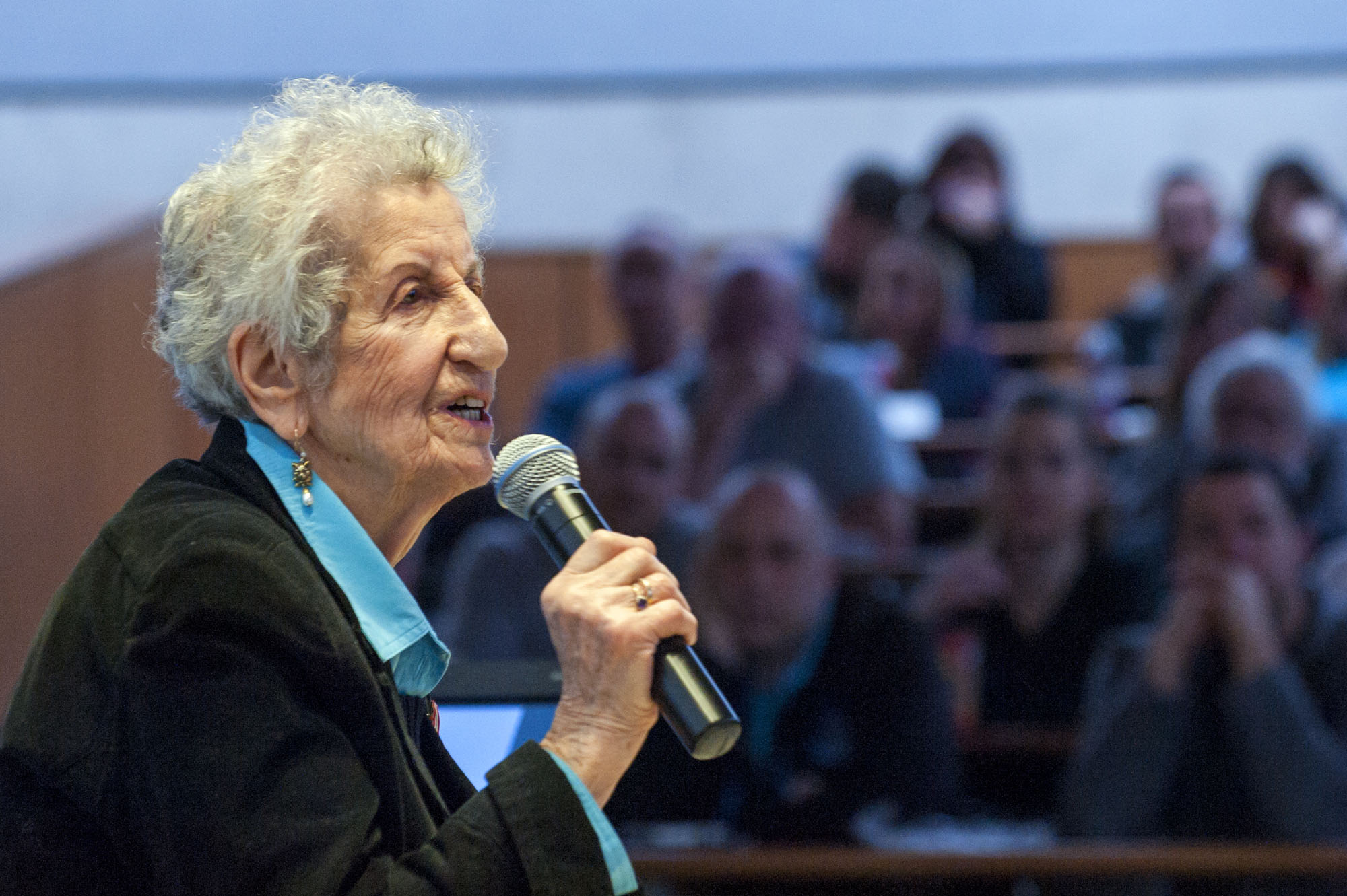 In 1944, 19-year-old Eva Olsson was living with her family in the Satu Mare ghetto of what was then Hungary, now part of Romania. At its height, Satu Mare housed nearly 20,000 Jewish people.

What followed for Olsson over the next year was a journey through the black heart of Nazi ideology during The Second World War.

Last Thursday, she spoke as part of a session at the South Western Alberta Teachers Convention Association’s 118th convention at the University of Lethbridge. The title of the session was “A legacy of caring, compassion, and character” on the importance of love and how hate can make people do terrible things.

“Never was a child born racist. It’s a learned attitude,” she said.

In May of 1944, she was ordered to pack her things. The ghetto was being liquidated; Olsson and her family, along with more than 18,000 Jews were told they were going to be shipped to Germany to work in a brick factory.

They were herded onto a box car with a single bucket for a toilet and another bucket with drinking water. It was standing room only.

“It was a four-day hell, standing there day and night,” she said.

The smell of human waste was unbearable. After the bucket overflowed, they had no choice but to stand in the waste. Some people prayed. Others simply wept. The train rolled on for four days. Some people died.

At one point, Olsson found her mother squatting in a corner, hugging her three grandchildren. Olsson’s sister had died earlier that year.

Her mother said she was crying for all the children who had not yet lived their lives.

When the train finally came to a stop, the people in the box car rejoiced. They believed they were going to finally have clean water and breathe fresh air again.

They had arrived at their brick factory. A sign on the wall said “Auschwitz-Birkenau.”

Those who thought they would be able to rest Ð to drink clean water, breathe fresh air – were wrong.

There was no clean water. The air was a choking fume of death and smoke. Soldiers with machine guns manned high towers. The camp was surrounded by barbed wire fences.

Guards, with rifles, everywhere. A bronze sign above the entrance to the camp read “Arbeit macht frei.” Work sets you free.

Off the train, new arrivals were quickly sorted. They were sent either to the right, and to labour, or left, to the gas chambers.

Olsson said the process for deciding who lived and died was a simple one. Soldiers simply pointed left or right. They didn’t speak.

“It was a killing factory,” she said.

Olsson was sent right by Dr. Josef Mengele, nicknamed “The Angel of Death.” Her mother and her sister’s children were sent left.

“The moment I could no longer see my mom, how I wished I could give her a hug and tell her how much I loved her,” said Olsson.

“I wanted to say to her that I was sorry I disobeyed her.”

Olsson said these days, when she speaks to children about her experiences, she asks them not to ever go to bed angry with their parents.

“When you go home, tell them you love them and give them a hug,” she said. “Do it while you can. Don’t wait until it’s too late.”

Those entering the gas chambers were told they were going to be deloused. They were told to disrobe and tie their shoelaces together so they could be found afterward. They were funneled into dark buildings, the doors sealed behind them.

Zyklon B, a pesticide, came in through pipes and settled on the floor. The children died first. Olsson said when the bodies were dragged out after 20 minutes of exposure, children’s heads were often found crushed from the bodies of adults falling on them.

“I often wondered what went through my mom’s mind when she saw her grandchildren suffocate,” said Olsson. “I will never know.”

Olsson lived as a slave in Auschwitz-Birkenau, eating “dirty water soup,” a bowl of broth with unwashed potatoes. Bread, when available, was fortified with sawdust.

Toward the end of the war, Olsson took part in a death march from Auschwitz to Bergen Belsen concentration camp as the Nazis attempted to cover up their war crimes. Those too ill or injured to march were shot. Those who fell behind were shot.

She remained there until being liberated by British and Canadian soldiers. By that time, the Nazis had resorted to simply starving their prisoners to death, and people in the camp were drinking urine to try and stave off dehydration.

Olsson had contracted typhoid fever, and was using a urine-soaked rag to try to keep her fever in check.

And while her mother lasted less than two hours at Auschwitz before being murdered, the lesson she taught to Olsson – to never give up, and to always keep going – kept her alive.

It is a lesson she has shared with more than one million people as a public speaker.

“What I learned from my mother is what I took to the camps,” Olsson said. “Never, ever give up hope.”

“Today, at age 92, I still live with the legacy that my mom had passed.”