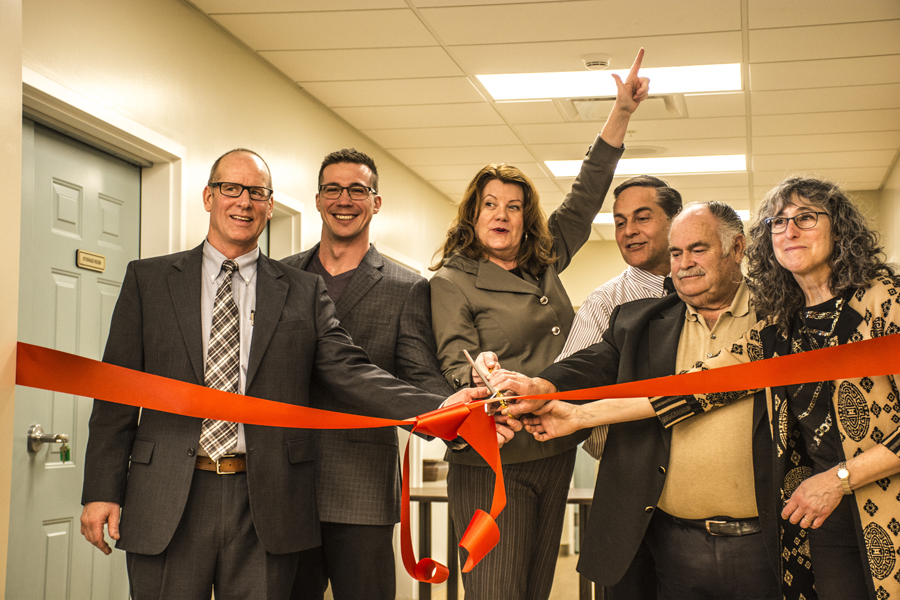 Alberta’s Minister of Seniors and Housing Lori Sigurdson was on hand for the grand re-opening of Magrath’s Diamond Willow Lodge, which now has 43 units, on Feb. 20.
The facility originally had 39 units, which were expanded and added to.
“This facility has a number of one-bedroom units, which means it’s great for couples and it’s larger than the previous facility,” said Sigurdson. “It’s so bright, warm, and welcoming in here which is going to make a big difference for the seniors that will be living at the lodge.
“The government is supporting seniors to stay in their own communities and stay connected to their families.”
Kim Schnoor, the CAO of the Chinook Foundation, highlighted the importance of seniors being able to choose where they reside.
“This new lodge represents a tremendous stride forward,” he said.
“Our goal all the way along has been to provide furnishings and an environment that is equal, or in some cases better, than what they’re used to.”
The new facility includes such luxuries as a pool table, electronic drat boards and baby grand pianos, which Schnoor said the public is welcome to come and use.
The renovation was funded by the provincial and federal governments for a total of $10.7 million under the Investment in Affordable Housing 2014-2019 Agreement.
“We recognize how important it is for seniors to be able to live independently, while still remaining close to family and friends,” federal Minister of Families, Children and Development Jean-Yves Duclos said in a statement.
“The beautiful new Diamond Willow Lodge is another example of our government’s commitment to ensuring that senior citizens are able to enjoy a safe and stable environment, with the supports they need to thrive.”
The project was initiated in September 2014, according to the Government Alberta website, and was originally supposed to cost $7.5 million.
Seniors and Housing spokesperson Jennifer Burgess said the NDP government, which was elected in 2015, provided the additional $3.2 million in funds.
“It’s gone through a few iterations,” she said of the project.
– With files from Allison Billings