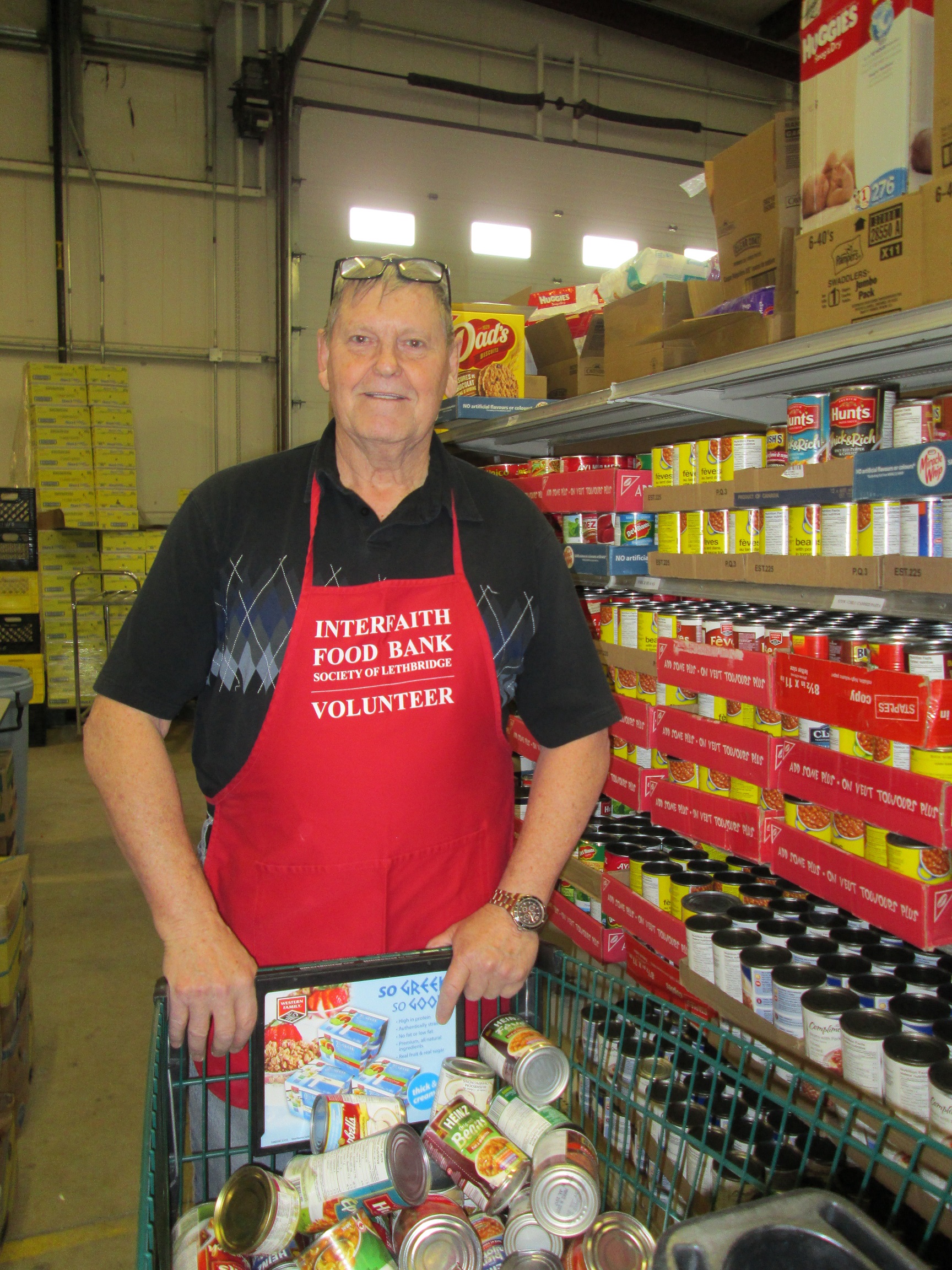 According to the report, poverty continues to be the root cause of food bank use across the country. Economic disruptions, low incomes and government policies that don’t provide adequate support are what keep the number of food bank users persistently and unacceptably high.

Despite signs of an improving economy, the report stated, there’s still more than a million visits to food banks across Canada every single month. And it is some of the most vulnerable being left behind – including people with disabilities and seniors on fixed incomes who are most vulnerable to rising food and housing prices.

Children are over-represented in food bank use compared to the overall population – 34.1 per cent of those relying on food banks nationally are children, when they only represent 19.4 per cent of the population. In Lethbridge, the Interfaith Food Bank is serving more children and more single-parent households than the national and provincial averages.

“People who are in poverty are experiencing food insecurity across the country. Over a million Canadians visited a food bank in 2019,” McIntyre said. “That’s in a month. They’re going every month. The need is quite high.”

McIntyre explained while food banks are making some strides in the goal to eradicate child poverty, “There’s still an unacceptable level of children that are food insecure.”

According to McIntyre, the big shift in the last few years at the Interfaith Food Bank has been a much larger number of adults living alone needing to access the food bank.

Nationally, single-person households represent an alarming 48 per cent of the households accessing food bank support. At Interfaith Food Bank, 49 per cent of those served are single adults, many of whom are working or are reliant on social assistance or disability supports. Adults living alone are often seniors or people with disabilities.

“They come from all walks of life. All ages and abilities. We have seen working people, we’re seeing a lot of people who are on disability programs that aren’t quite enough to cover both the housing and food costs, we’re seeing people who have gone through a recent divorce or a recent job loss,” McIntyre said.
And the fastest rising group in need of the food bank are seniors, McIntyre added. “That often happens when we have two pensioners in a home and then one dies. That family is now trying to meet bills with half the income than they had previously.”

Adults living alone is a large demographic, McIntyre said. “I think if people just even look around their workplaces, they can identify several people who are living alone and covering the whole household bill by themselves with that single paycheque. It makes it kind of obvious how big of a struggle it is for somebody to go it alone.”

Alberta has been the epicenter for the downturn in the oil patch. This has had enormous impact on food security in the province. Between 2016 and 2017, unemployment rates in Alberta hovered between 8 and 9 per cent. At 6.9 per cent, the unemployment rate is still higher than the national average. The previous “boom” before the recession also led to much higher rents and housing costs across the province. Many Albertans are stuck in situations where their rent and living costs leave very little room for food. Even with a job, it is very difficult to make ends meet. One in four people using food banks in Alberta are employed or were recently employed – the highest level in the country, according to the report.

“Our current social safety net has huge holes in it. It’s not equipped to handle a changing labour market nor rapidly rising costs of living,” it was stated in the report.

What’s the solution, according to the report?

 Make single, low-income adults a priority consideration in all future poverty reduction policy measures to ensure this population is no longer left behind.
 Develop a national strategy on early learning and childcare with tangible targets and goals.
 Immediately implement the planned Canada Housing Benefit, so Canadians struggling to afford their rent can access this important rental support – as the rest of the National Housing Strategy takes effect.
 For those with disabilities, the creation of a new program to support ill and unemployed Canadians whose temporary Employment Insurance (EI) or disability benefits are about to run out, as well as develop new mental health measures.

How can YOU help, according to the report?

 Educate yourself and start talking about the problem with friends and family.
 Contact your local food bank to donate funds, food or free time. Participate with local initiatives that best suit your community.
 Advocate for change. Push your elected officials to adopt Food Banks Canada policy recommendations.

Food Banks Canada suggests a full-society approach to reducing hunger in Canada. “If we continue to recognize we can all play a part in reducing hunger in our communities, we can make a difference. Learn about it, talk about it and most importantly – do something about it. Every little bit helps,” it was stated in the report.

At this time of year, McIntyre said, there are a lot more people who visit the Interfaith Food Bank and others to access services because the weather is cold and the holiday season is fast approaching. “At this time of year, in addition to our regular non-perishable food items, we’re really encouraging gifts for under the tree for children and then financial support. When people give us money, at any food bank, not only can we buy exactly what we need – but we’re able to stretch out the donation much further.”

A big thing the Interfaith Food Bank would like to see, McIntyre said, is the creation of awareness about the issues causing people to be food insecure. “Housing is a big deal for us and so is the issue of temporary EI benefits. When people are on temporary programs there is no security of any kind. We find a lot of people fall through the gaps when those services end and they’re rolling over to another service. Having adequate social programs could make a huge difference to make sure people have enough food.”

As for the average community member helping out in Lethbridge or in another community, McIntyre said they can give food, they can give fun and they can volunteer. “Everybody can really do something, if they make it a priority.”

There are also two food banks in Lethbridge with almost mirrored numbers for those accessing services, McIntyre noted. “We are sharing the load equally between the two organizations.”