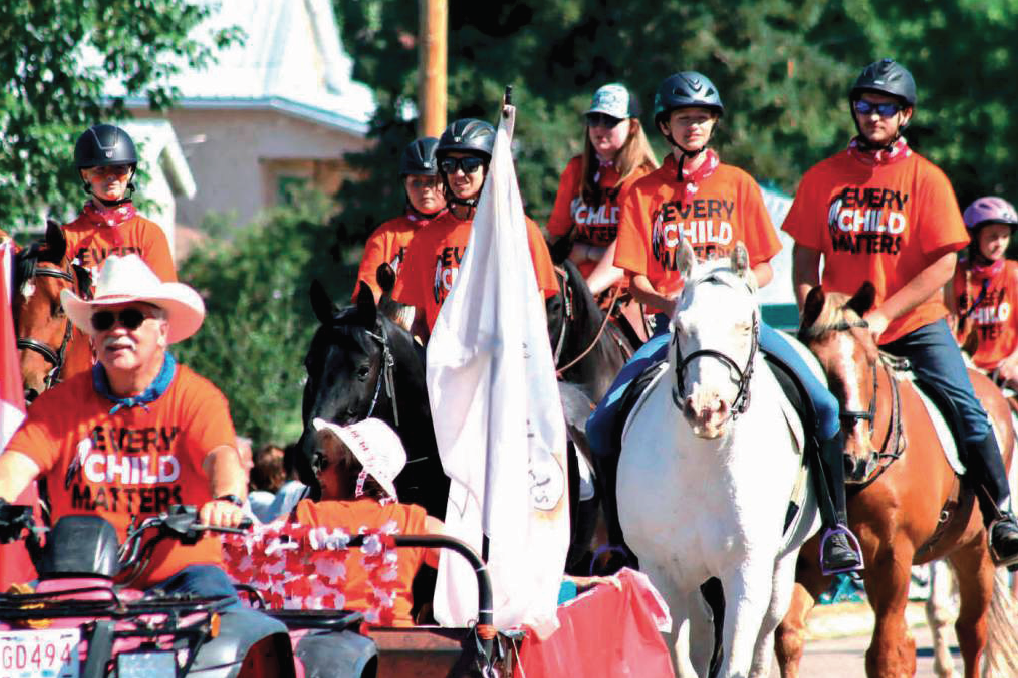 It was the first day without social distancing or mask requirements and Raymond was ready to let loose. Throngs of residents and visitors lined the town’s streets July 1 for the Rotary Club Parade that kicked off promptly at 10 a.m.

Many sitting on the sunny side of streets sheltered under large colourful umbrellas — while others sat on the ground or in lawn chairs along shaded parts of the parade route. The parade started at the west end of town and headed north down a crowded, sun-drenched Broadway Avenue.

The hour-long event was packed with floats and several musical acts, including the Raymond Canadians, a stalwart in town for decades.

With the recent discovery of graves at residential schools, some residents said there was a need to balance celebration with respect.

Val Boehme, a Rotary Club member who traversed the parade route on a bicycle, said the parade represents the Rotarian belief of peace through understanding.

“We’re celebrating, but remembering there is pain in the country,” he said.

Several parade-goers said they were glad the parade could be held once again under normal circumstances. Last year’s event was a reverse parade with floats lined up on Broadway — while people drove past them in vehicles. The parade was part of four days of festivities being celebrated in the town’s annual Heritage Days. Those festivities, however, are a bit more low-key than usual with the continued closure of the Canada-U.S. border to land travel preventing families from reuniting in town.

The celebrations started last Wednesday with the slack for Thursday’s rodeo followed by the Smith Family fireworks. The famous Raymond Stampede kicked off at 2 p.m. with more fireworks last Thursday night at Victoria Sports Park.