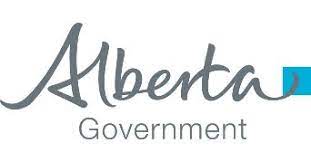 Access to affordable internet has always been a problem for Albertans living in rural areas.
A problem the Alberta government believes is critical to ensure Alberta’s economic recovery reaches every home, business and community.
Back in July, Alberta’s government announced it was committing $150 million towards expanding broadband in rural, remote, and Indigenous communities. However, as of Dec. 16, a new memorandum of understanding with the Government of Canada will have the federal government matching that commitment dollar for dollar.
“Alberta’s government is committed to eliminating the digital divide,” said Minister of Service Alberta Nate Glubish. “Solving the broadband problem required all levels of government and the private sector to come together. Albertans living outside major urban centres have been at a digital disadvantage because of unreliable broadband, but we are building partnerships to end that and today we are so much closer to a solution. Connectivity is on the horizon.”
This new agreement between the federal government and the provincial government has set in motion projects like the Universal Broadband Fund (UBF) that aims to support high-speed Internet projects in rural and remote areas across the country.
“High-speed Internet service is essential to the success of everyone living and working in rural communities,” stated the federal Minister of Rural Economic Development Gudie Hutchings. “Todays’ announcement will bring reliable, high-speed Internet access to underserved households in Alberta. This will help create jobs, improve access to healthcare and online learning services, and keep people connected to their loved ones. Our government has committed over $7.2 billion to ensure that all Canadians are connected to the Internet and we will continue to make investments like this to help connect every Canadian.”
Currently, there are around 201,000 households in Alberta that don’t have access to high-speed Internet — while around 80 per cent of Alberta’s Indigenous households and 67 per cent of rural households do not have access to CRTC target speeds for Internet. This falls short of the Canada-wide rates of 54.4 per cent and 65.2 per cent.
However, this will be no easy feat — and not a cheap one either. To completely bridge this digital divide — the estimated cost is set at $1 billion of public and private funds to be required. The governments of Alberta and Canada have agreed that in the memorandum of understanding that if more joint funding becomes available; then the existing agreement would be updated to reflect that commitment of additional support.

One response to “Alberta making steps to close the digital divide”