Final swim meet of the season takes place in Magrath 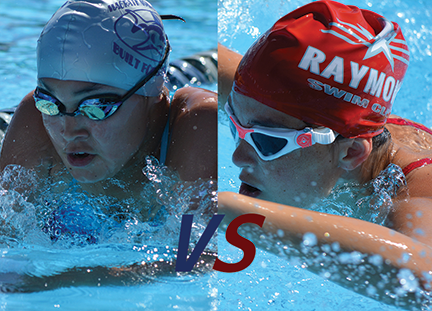 The sun was shining bright last Saturday as swimmers from Magrath and Raymond had one last chance to compete against each other in the final swim meet of the season.

With Stirling and Cardston not involved in this year’s swim meets, things were a little different from years past.

However, it didn’t stop these swimmers from pushing themselves to the limit in what continues to be a great rivalry.

After a rainy end to the week, Geralyn L’Heureux, president of the Magrath Swim Club, was happy to see the sun out for the event.

“It was an excellent meet today. We were thrilled with the weather; last year it was so cold that we could barely keep our swimmers warm, but this year the sun was shining. It was wonderful, “said L’Heureux.

Cathy Runquist, head coach of the Raymond Olympian Swim Club, says it’s been a great year for the swimmers and the final swim meet played out perfectly.

“The swim meet went very well for our swimmers. We had 30 swimmers participate and a lot of the swimmers are first timers and a lot of them improved their time by several seconds. It was really exciting to watch,” said Runquist.

The progress Runquist has seen over the entire summer was something she was proud of.

“Throughout the summer, they improved so much. They have taken a lot of time off of their strokes and it’s just coming together nicely for them. They have worked hard,” said Runquist.

Runquist is grateful that the swimmers do get to compete in the swim meets, but says it would be better to have more communities involved.

“The swim meets are what motivates the swimmers throughout their practices and that’s what makes the difference with their excitement level. It’s really fun for them, but it’s really important to have a lot more communities to participate with us,” said Runquist.

L’Heureux says the two towns and possibly Stirling and Cardston, are considering creating a club together in which the club could compete on a higher stage through the Alberta Summer Swim Association, rather than just competing at local swim meets.

There have been a lot of early mornings this summer for the swimmers and the parents who worked extremely hard to ensure another successful season in the pool.

“We have so many parent volunteers throughout the summer. They do everything from running our swim board, to taking care of registration. Our swim meets couldn’t run without the help of the parents. They are critical to running this program,” said Runquist.

After the swim meet wrapped up, ribbons were distributed to the competitors along with food for everyone who participated.